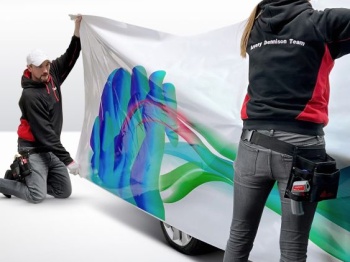 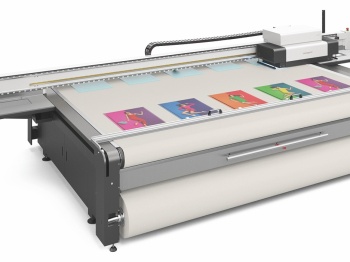 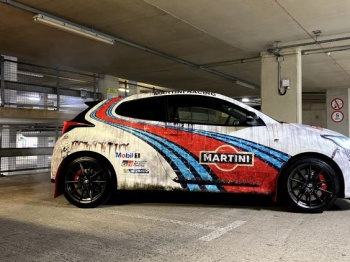 This isn’t just an exceptional wrap. It’s a technically accomplished wrap design. Made to look like it's been found after sitting in a barn for many years. 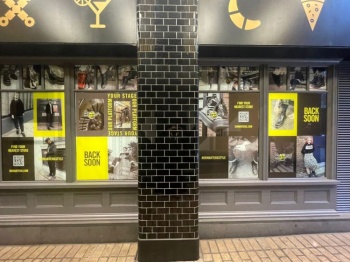 Leeds-based Imageco linked up with footwear brand Dr. Martens to create a range of indoor and outdoor graphics for its new test and learn concept store in London.


Richard Rinn from Insight Sign Systems, owner of the Lumirescent™ brand, gives his thoughts on the how they compare with fluorescents.
Lumirescent lamps can match T8 lamps in every way except cost. However, if energy costs remain as high as at present, payback time can be as little as 18 months. From then on, Lumirescent users start to reap the benefit of the fact that they are 70 per cent more energy efficient than fluorescent lamps. Also, Lumirescent lamps do not flicker; they contain no harmful mercury so there is no WEEE charge, are solid state and having polycarbonate covers in place of glass, are more robust. Probably best of all, they require no additional control gear or starters, working straight off 220/240 volts mains, so no maintenance is required.

My only concern, explains Richard Rinn, is the definition of life. Most LEDs are sold stating a minimum life of 50,000 hours; but how many suppliers inform their clients that the performance (Lumens) output could be reduced to just 30 per cent of the original output by the time they reach 50,000 hours?

With so many factors such as continuous running time, heat, the quality of LEDs and drivers, location, and the way they are installed, it is hard to know how long any LED will maintain a useful life, which I am told should be not less than 70 per cent of its original lumens output. With life of 50,000 hours based on 12 hours a day running, this is around 10 years, but it has not been possible for any real history of how reliable they really are to have been gathered yet, so a lot of estimating is going on.

One other thing I have been advised of is that if you run LEDs continuously for longer than 12 hour cycles, Lumens output drops much more quickly.

We here at Insight are no different from other suppliers in that we do not know exactly how long our Lumirescent lamps will maintain their useful life, but we can state that we are using only high quality components, all backed by a three year warranty, and have conducted many months of tests. Final tests continue and the product launch is planned for January 2009.

We feel confident that our product offers the same quality as leading brands, and as a company we will be totally transparent in that we advise to the best of our ability what customers can expect from our products.

Therefore we have decided against saying a 50,000 hours life, which we know they will last, but how bright? So we are saying a life of six years, based on a maximum operation cycle of 12 hours a day, 365 days a year. 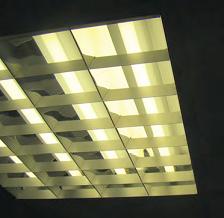 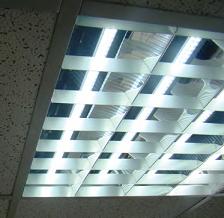 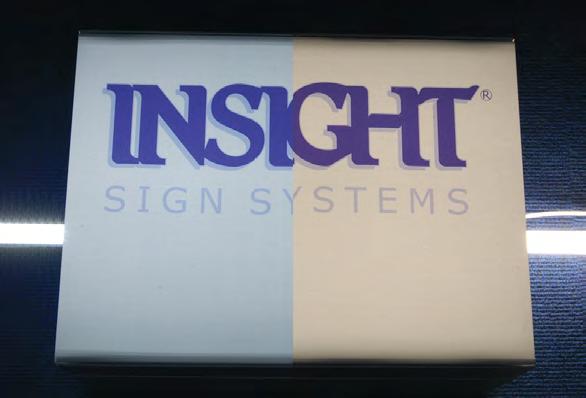 This photo shows a direct comparison, Lumirescent Lamp v Fluorescent Lamp, illuminating a backlit flexible face sign. "Illumination is very comparable brightness wise, but Lumirescent colours are more vibrant, all be it with a slight blue tinge while the fluorescent appears more yellow tinged. It may be personal taste but I believe the Lumirescent colour looks more modern and clean.

Currently, Insight offers five lengths that match standard T8 fluorescent lamps and very soon will be adding 750 and 1800. We did consider DIP along with SMD style but our findings are that SMD maintains Lumens much more efficiently, so only one style will be available despite the DIP being shown in our advert and in this photo. 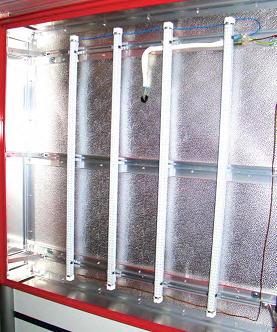 The next photo shows a test taking place on a KFC backlit sign where the existing fluorescents were removed and Lumirescent lamps retro-fitted in their place. The results are very good in that the level of brightness was the same as the previous fluorescent lamps and the face illumination was vibrant, making the image appear sharper. The most obvious benefit is that the Lumirescent lamps consumed just 36W in total compared to the fluorescent lamps which consumed 172W in total, being operated through standard magnetic chokes.

Due to the cost of Lumirescent ranging between £25 and £50, coupled with the warranty from our manufacture starting from delivery date to us, we aren't holding large stocks. Consequently, turn around for delivery of large quantities is two to three weeks. 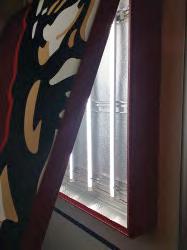 At Insight we are confident that this type of product will become the replacement for fluorescent lamps. Consider the fact that the saving in electricity based on a current tariff of 12p per kWh, operating 8-12 hours a day, 365 days a year, payback of a standard fit Lumirescent will be around 18-20 months. Thereafter the savings are based on comparing a standard five foot 58 w T8 fluorescent lamp consuming 72W operated through standard gear trays, compared to a five foot of Lumirescent lamps consuming just 18W. The savings are £27.08 per year per five foot lamp, based on 12 hours a day, 365 days a year at a tariff of 12p KWh Add to this the saving in maintenance, parts, and CO2 emissions, why would you not fit Lumirescent lamps? Everyone is a winner, you save money while helping to save the planet. 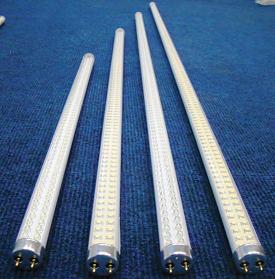 Further information is available at www.insightsignsystems.com or by telephoning 0141 774 5990.