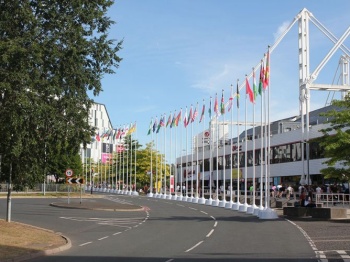 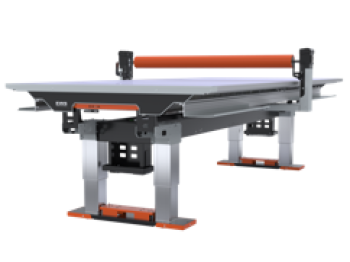 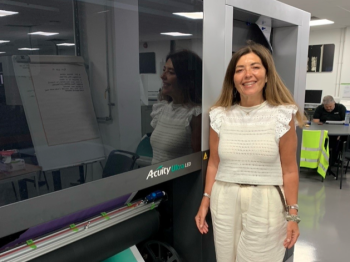 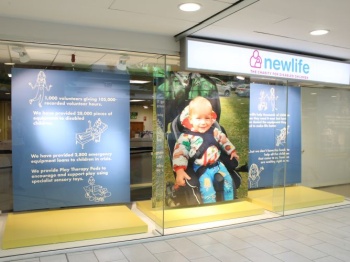 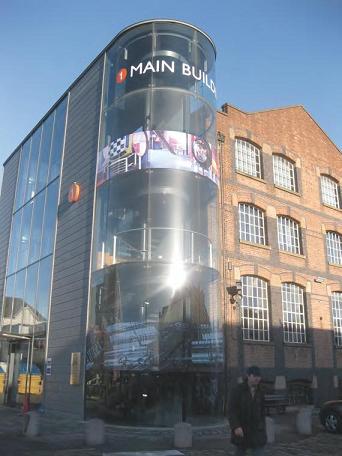 Halcyon signs Ltd, based in Manchester, has been established for six years and in that time has grown to be recognised as a well run company with excellent bespoke sign making skills.

Its impressive portfolio includes companies such as Barnardos, Manchester City Council, Salford Council, CLS Care Homes, Seddons Construction, Gaucho, Britax and various blue chip companies. Halcyon Signs covers the whole of the UK and Europe. The company doesn't employ sales staff, and the person who is the initial contact for clients sees that project through to the very end, including installation; a method that's proved very successful.

When the Museum of Science And Industry (MOSI) needed new signage, it invited Halcyon Signs, along with five other companies, to make an assessment of the MOSI site in Manchester and come up with plans and drawings of what would be the right signs for the museum's needs. The look MOSI was after was an industrial feel with a modern design, but it also had to be practical for the public to find their way around a huge site.

From the very first meeting Halcyon signs used its expertise to advise MOSI on where the signs should be located, the size they should be, and how signage would be fitted. 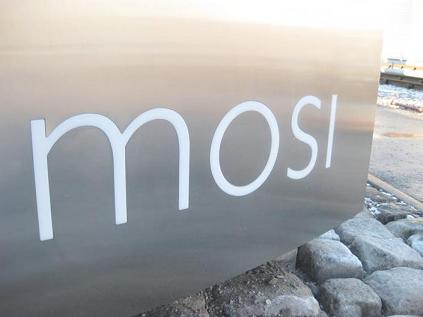 The museum team was thrilled with the proposal from Halcyon Signs and placed the order, but there was a twist. MOSI had an open night just 17 days later, which would be attended by the Mayor of Manchester and other VIP guests, and the signs needed to be completed and installed by then.

The task was mammoth; involving some 25 plus signs, all in Marine grade stainless steel with routed out panels and lit from within plus more than 100 metres of Contra Vision. Steve Thompson and Chris Maylett, owners of Halcyon Signs, realised it would mean 24 hour days for them.

"Another spanner in the works is that the MOSI site is Grade I and II listed, meaning we couldn't just whack a bolt where we thought would be best," says Steve. "Each screw, bolt, nut and plug had to be fitted in certain places so as to not affect the existing brick, cobble or wood work."

One of the main buildings where Halcyon Signs worked was the Station Building, part of the site of the world's first ever passenger Railway station and built back in the early 1800s. This building was to be home to the largest sign, a triple sided fully illuminating seven foot stainless steel directional sign fitted into the path of the original cobble station walk way. With the sign being more than four foot in diameter at the bottom, the Halcyon Signs team had to remove several cobbles, lift the sign into place and then place each cobble back in its original position. 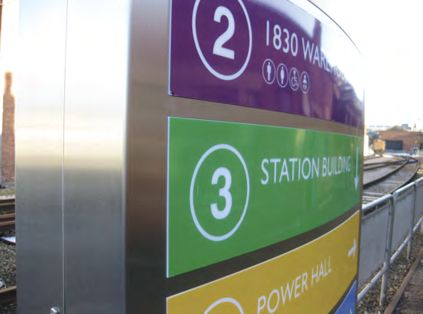 Steve explains: "At one point work had to come to a halt, when an exact replica of the Stephenson's Planet, the first ever passenger train, came out of its usual home in the Power Hall area to be put on show for the open evening; it needed to be turned around at the point where we were fitting the new sign. That was a first for us and I'm sure it's never happened to any other sign makers whilst out fitting."

Each sign made was totally bespoke due to the surroundings of the museum. As well as being an owner of the business Steve is also sign designer and had sleepless nights deciding how to make the signs fit all the requirements needed.

"Some nights I would wake up at a ridiculous hour with an idea of how the sign could look, so I would get dressed and head straight down to our design office, put my idea onto screen and then make a prototype. It was trial and error due to the complexity of the task, but in the end I was more than pleased with the results and so were the museum," he says. 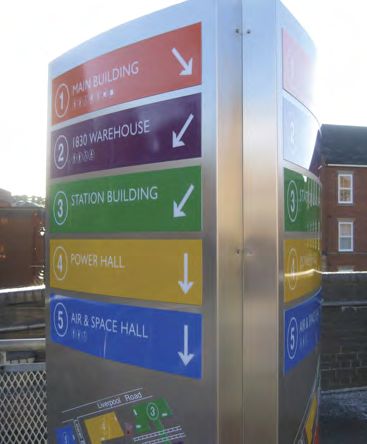 From start to finish the MOSI project was a test of the skills and initiative of the Halcyon Signs team. But they overcame every obstacle threw in their way, from working on Grade I listed buildings to the filming of the BBC's Doctor Who, whilst they were fitting Contra Vision in the background 40 ft off the ground, not mention the freezing Manchester temperatures in December.

Halcyon Signs delivered the industrial feel, practical and modern-looking directional signs MOSI wanted, on time and to an impeccable standard.

For more pictures of the MOSI project and also other work carried out by Halcyon Signs Ltd visit www.halcyonsigns.co.uk or telephone 0161 202 2525 for information.

The Museum Of Science And Industry (MOSI) is open all year round and is free to the public, go to www.msim.org.uk for details. 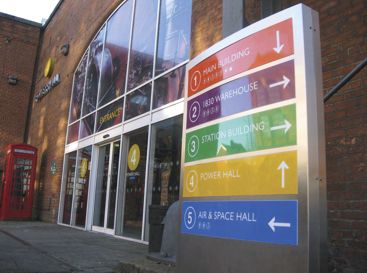