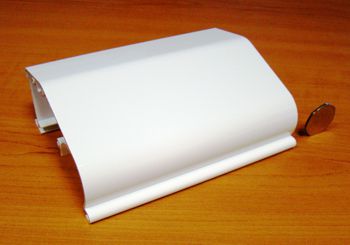 After almost 35 years of continuous design and development, Highlight Mk5 from Insight Sign Systems, still 'leads the way in performance and speed of installation'. This has been helped by all these years of experience and non-stop testing and improving, says the company.

Mk5 LEDs offers the highest efficacy available at 127 lm/W. Richard Rinn from Insight said: "The main reason people are using LEDs is supposed to be for lower consumption and reliability. Yet some LEDs being used are not as efficient as fluorescent lamps, but cost a lot more. When Mk5 arrived a year ago, Insight offered 'the first ever' five-year warranty on the LEDs when fitted by them in their product. The Mean Well drivers used normally have a factory two year warranty. But due to their reliability, and the fact that they are being operated at around 80 per cent of their total output, Insight has extended this warranty to three years."

Insight also introduced a new integral joining section, invisible from outside the unit, which secures and seals joints. Their clip-on fit fixing brackets make Highlight the fastest trough lighting to install (no nuts or bolts required), and adjustable for uneven surfaces. Mk 5's unique profile shape offers slim, unobtrusive looks, becoming almost invisible at the top of any sign. With built in beam angle control to eliminate the requirement to angle or tilt the light, which make sure the beam is directed to the sign face. (PICTURED) 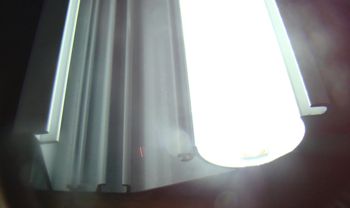 Testing has already started on Insight's new 150 lm/W LEDs. If they pass stringent tests, they will make Highlight even more efficient across the three brightness variations, achieving around 1300 to 2500 lm/m brightness.

They are also in the process of improving their light diffuser panels utilising Fresnel cylindrical lens technology. Richard said: "So far our beam angle control is proving hard to improve on, due to it being highly effective combined with the power of our LEDs. But prototype lens will soon be ready for testing and our hopes are to achieve the same brightness with Ecobright version, which uses much less consumption at around 8W per M for 1300 lm/M brightness, as we get with Superbright."