Log in
Tweet
If environmental concerns alone aren’t inspiration enough to recycle, it might be worth considering the financial benefits. The Allsignsgroup of London has recently implemented the R3 Recycling System from the Robert Horne Group with great success.

All Signs Group has provided signage and graphic solutions since 1962. Today the company has grown into one of London's most technologically advanced graphics and event suppliers, employing more than 100 staff from its base in South West London, and supplying to a European wide client base. 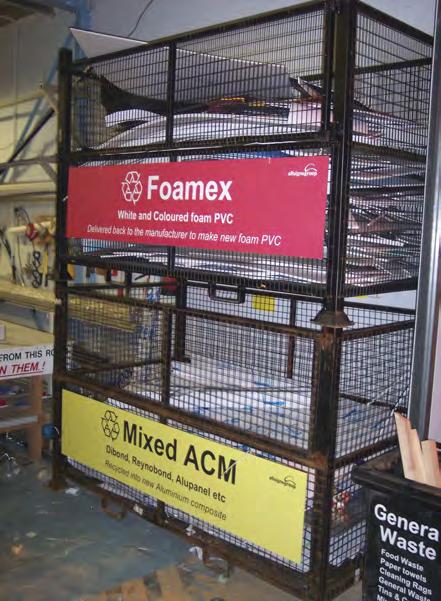 The R3 Recycling Scheme (recover, recycle and reuse) was launched by the Robert Horne Group at Sign UK in April last year to alleviate the problem of waste disposal for signmakers and is unique in the sign industry, being the very first corporate solution to the problem of recycling rigid substrates. The new service is based on the simple principle of the company delivering new, more environmentally friendly sign and display products and taking away a customer’s waste sign and display products for recycling.

Prior to the introduction of the R3 scheme by All Signs Group, waste was collected in 250kg ‘Wheelie Bins’ and it is estimated that 12 bins were going to landfill every week at a cost of £150 per tonne, resulting in an overall zero per cent recycling rate. With an annual waste bill in excess of £30,000 there were sound financial reasons along with environmental concerns to justify joining the R3 scheme. Prior to introducing the R3 recycling initiative very little of the company’s 220 tonnes of commercial waste produced each year was recycled.

Metal cages are used to capture five main waste streams – Dibond, Acrylics, Foamex, General Packaging and Aluminium; each having their own clearly marked waste cage. The metal cages were coloured coded by All Signs Group to promote the importance of segregation at source and to make it easy for staff to separate their waste as required.

The first three waste streams, Dibond, Acrylic and Foamex are collected in the R3 Recycling Scheme, the general packaging waste is dealt with by the Council, and the larger aluminium waste goes to specialist metal recyclers. 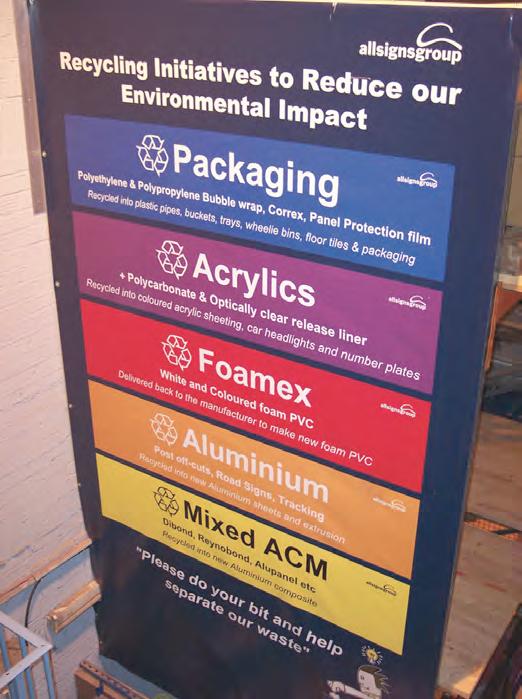 Since the launch of the R3 Recycling Scheme at the end of June 2008 All Signs Group has achieved significant success collecting more than 12 tonnes of Dibond, nearly four tonnes of Foamex and significant amounts of acrylic, packaging materials and aluminium.

The R3 Recycling Scheme is resulting in major benefits both financially and environmentally for the All Signs Group. Landfill costs have been reduced from £2,500 a month to less than £1000 and the group is also now earning money from its waste products.

In addition, each year an estimated 130 tonnes of commercial waste will be diverted away from landfill and the recycling rate has risen from 0 per cent to more than 60 per cent.

Mike Freely, Managing Director for All Signs Group enthused: "I am very impressed with the R3 Recycling Scheme; we are making significant savings as a company when you look for example at the potential saving of £18k per annum we could make just by reducing our landfill costs alone plus of course we are reducing the impact we are making as a company on the environment. Over the short space of time since implementation R3 has provided an impetus for a change in culture at All Signs Group that we are now aligning through our overall CSR strategy."

Go to www.allsignsgroup.com for details of the All Signs range of products and services.