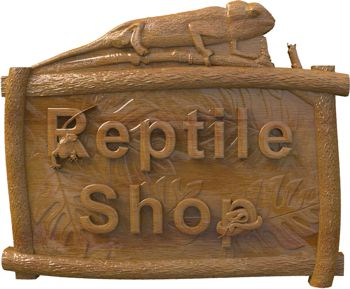 ArtCAM 2015 is the new range of artistic CADCAM software from Delcam set to benefit furniture designers and manufacturers. Throughout the range, functionality has been added to increase both the speed and ease of use, including its new live and interactive 3D modelling which has excited ArtCAM users, according to the company.

The new Putty tool available in ArtCAM Pro, allows designers to interactively alter their design by displacing, whirling, pinching, or puckering areas of a 3D or 2D design. This tool gives designers the freedom to experiment with ideas and immediately see if they have promise without investing significant time.

The ArtCAM development team has given its 3D modelling tools an overhaul so that both Pro and Insignia users can instantly see their relief artwork take shape.

ArtCAM Insignia, the introductory 3D modelling and production machining package, has real-time 3D shape creation with the Shape Editor and Two Rail Sweep tools. Some of the newly enhanced extrude, turn and spin 3D modelling tools have been moved from Pro into Insignia to give it even 'greater 3D modelling functionality'. To manufacture the complete design with greater ease, ArtCAM gives the user more export options to divide their design into slices so that it can be machined on a smaller CNC machine, laser engraved or 3D printed.

If users require more machining options, ArtCAM Express can be customised with new modules. The Toolpath-Panelling module is 'great' if the manufacturer is using a machine with a small working area (machine bed) as designs can be divided into smaller panels which can be assembled together after machining. If working with large single sheets of material, machining can be done in sections, drawing the material across the machine and repositioning each time.