Log in
Tweet
Spandex understands that it is essential to get things right first time and therefore aims to help sign makers select the right materials and procedures to get the job done on time, with minimum effort within budget. Here, Spandex helps sign makers choose the right vinyl for the job. 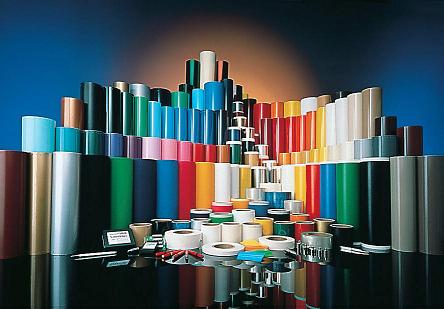 It is essential to choose the right vinyl for every job. Labour will inevitably account for the bulk of production costs. Choosing the best possible materials for a job will improve quality, enhance productivity, ensure peace of mind, and minimise wastage. In order to choose the right vinyl for the job it is necessary to understand the different types of face films and adhesives.

Face films - At first sight, there is little to distinguish between the three basic types of vinyl available today: cast, polymeric calendered and monomeric calendered films. However, the difference between them is obvious after they have been applied in a challenging environment for any length of time.

Cast films - A cast film is a premium grade vinyl that starts life as a liquid, which is then allowed to spread out to an extremely thin layer. Cast films have no memory and are stable, so shrinkage is barely perceptible. Because cast films are thinner and softer, they are easier to cut, weed and apply. Cast films conform over substrate irregularities such as rivets and textures, making them the preferred option for the most extreme exterior applications, especially vehicle wraps. Cast films are also often used for interior or less challenging applications when special or Pantone colours are required. If there is any doubt as to which film to use, always choose cast for its enduring quality and long life.

Calendered films - Calendered films start life as a lump of plastic that is then flattened by being passed through two pressure rollers. Though not as high quality as cast films in demanding applications, film produced by this process can nevertheless be adequate in less demanding conditions. Calendered films come in two types: polymeric and monomeric.

Polymeric calendered films - Polymeric calendered films have added polymers to reduce shrinkage. However, although they have developed significantly over the years, they still fall short of the stability and durability of cast films. Polymeric films fare much better in exterior applications than monomeric films but are not suitable for application over surface irregularities such as rivets and corrugations. For less demanding exterior work, polymeric films offer a workable alterative to cast. If there is any doubt as to which film to use, avoid risk and choose cast film.

Monomeric calendered films - The least expensive vinyl film is monomeric calendered. These films are not suitable for demanding exterior applications such as vehicle liveries or fascia signs. The face film of monomeric film is not stabilised so it will almost certainly shrink to reveal the adhesive beneath. Dirt will adhere to this revealed adhesive and will be clearly visible as a sticky, black outline around the lettering and other elements. The sticky black outline is usually only the start of more severe degradation to come. Eventually, the vinyl face film will begin to curl up and flake off like peeling paint. Monomeric films, therefore, are best suited to short-term exterior applications and interior work.

Adhesives - Adhesives are either emulsion or solvent - based. Emulsion-based adhesives can be affected by water and humidity and are not recommended in demanding environmental conditions. Solvent-based adhesives are more widely used and their performance generally matches that of the face film.

For more information about products and services contact Spandex on 0800 772633 or visit www.spandex.co.uk