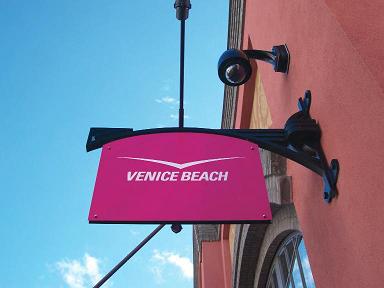 Already firmly established as one of the UK's leading and most successful corporate signage manufacturers, award-winning Active Signs is fast achieving the same status in Continental Europe. Having previously carried out an extensive external signage programme on behalf of the U.S. conglomerate Value Retail at its La Vallee retail village outlet near Paris, Active was awarded a similar re-branding contract for the company's Ingolstadt Retail Park near Munich in Germany.

This was a complete design and build project, encompassing initial conceptualisation in association with Value Retail's American and German marketing teams, production of all of the signage elements at Active's facility in Ramsgate and transportation and on-site installation by the company's own team of engineers. The project was carried out in phases over a period of 18 months and was designed to fully complement the retail outlet’s buildings as well as its architectural and environmental characteristics. 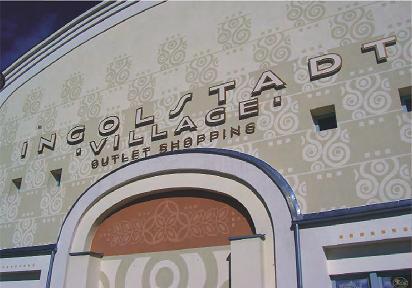 Like La Vallee, the Ingolstadt development comprised an eclectic mix of highly individualistic sign design concepts. These covered main identification and individual signs for all of the 150 retail units, directional and information and ancillary signs. Special decorative lamppost signs and architectural lighting features were also supplied. All ornate projecting sign brackets were constructed from extruded aluminium, profile-shaped, dressed and powdercoated to form attractive and eye-catching manifestations.

Due to the prestigious nature of this particular project, solid steel was used extensively for the various signage elements, while the distinctive fingerpost signs were rendered in hand-carved solid wood. 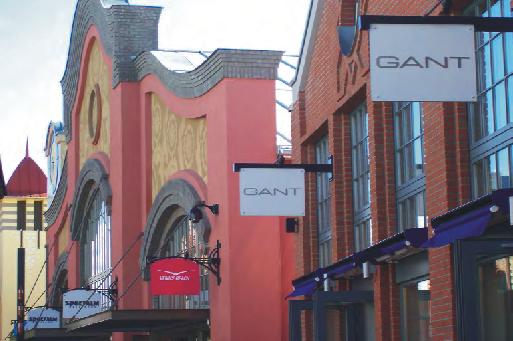 Once again, Active Signs has demonstrated British signage engineering skills at their best and transported these seamlessly to a major location in Europe. Few UK-based sign manufacturers can claim the same level of overseas recognition and the financial rewards that this brings in an increasingly more competitive marketplace.

For further information on the sign design and manufacturing facilities available at Active, visit www.activesigns.co.uk or telephone 01843 850 800.