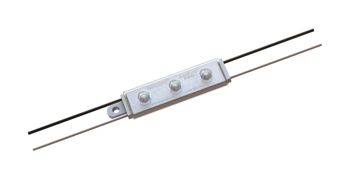 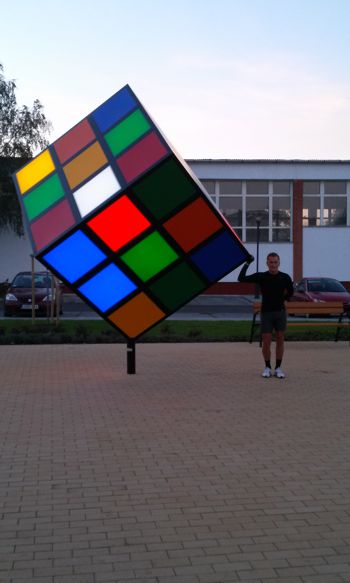 Vink Lighting sell a range of sign illumination products. Their impartial service means they can help sign makers choose the best type of LED product or accessory for a huge range of applications. Jamie Whitehead, Technical Sales Representative from Vink, said: "Alongside providing the best materials, we also pride ourselves on assisting our customers with up to the minute technical information and creative advice, as well as inclusive ideas and knowledgeable technical support from our team of dedicated experts.

Our free in house design and quotation service is provided by a team of specialist technicians, providing full layout drawings for your particular application."

Their LEDs are made by Agilight; GE Lighting and OSRAM, supplied because Vink say that because they last longer, it reduces labour and maintenance costs. They maintain their many advantages over using fluorescents such as that LEDs perform better in cold temperatures, but the initial costs are higher. Vink sees a future where LEDs will get brighter and more energy efficient, and if graphene (a form of carbon) makes its way into the manufacture of signage modules, this will further improve the lifetime of LEDs.

One project that demonstrates Vink's expertise at supplying the right lighting for a project, took place from one of their dedicated LED distribution centres in Europe. Every Vink centre has been set up to provide full technical and logistical support on all aspects of LED installation into signage products. So when the team in Budapest were approached with a particularly complex project, they were "well placed to rise to the challenge".

Alukol KFT, a Hungarian signmaker and aluminium fabrication company manufactured and installed a large animated ‘Rubiks Cube’ to celebrate the 40th anniversary of its invention by Erno Rubik, a Hungarian sculptor.

The Rubiks cube is a 3D puzzle made up of 54 different squares in six different colours. The faces of the cube can be rotated in three dimensions, and the object is to have all nine squares on each face of the cube the same colour. Since its invention in 1974, more than 350 million cubes have been sold worldwide.

This particular cube was planned to be installed as part of a new recreational area in the centre of Szazhalombatta, a town near Budapest. The cube was manufactured with 3mm Opal acrylic face panels and measured 2100mm x 2100mm x 2100mm overall. Each face was sub-divided into nine squares 650mm x 650mm; and each square was covered in one of six different colours of translucent vinyl (white, yellow, orange, green, red and blue). Each colour was illuminated separately by a different colour of LED module. It is also required to flash on and off in a seemingly random pattern.

The technical department at Vink firstly needed to decide which LED system, in which colour, would provide the optimum level of illumination through the translucent vinyl. The saturated colours, red, blue and green, were best illuminated by their respective LED colours. But the white, yellow and orange each required different colour warmth of white LED, to make sure that these hues were as vibrant as the saturated colours.

Vink opted for the GE Tetra MiniMAX range of LEDs. This particular product was chosen due to its "inherent reliability, performance and longevity". The wide range of colour options, including four different shades of white, made it the clear choice for this particular application, says Vink. Each separate square was illuminated with 20 LED modules, making a total of 1080 modules for the complete installation.

The next step was to provide and configure control gear to create a random flashing effect.

They calculated that the required random pattern across each face could be achieved by installing a nine channel flashing controller programmed with 20 different flashing sequences. This was specially developed for the project. Each channel was powered by a GE PS12-60D dimmable converter and each converter was then linked to six separate coloured squares strategically spaced throughout the cube. The resulting effect gave the impression that all 54 coloured squares on the six visible faces of the cube appeared to flash on and off without any repeatable sequence.