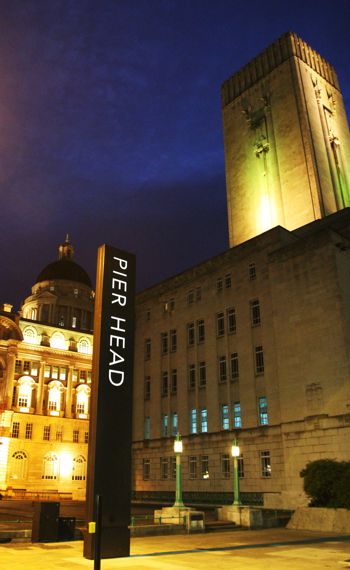 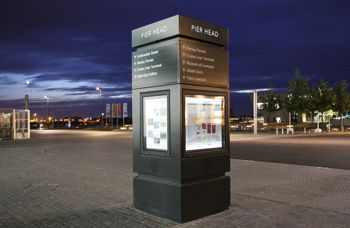 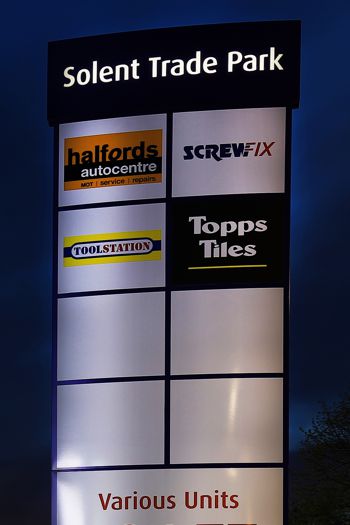 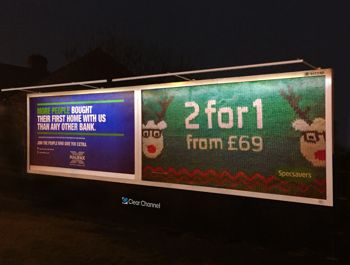 Another advocate of LEDs is Adrian Dennis, Managing Director of Zeta Specialist Lighting.

He said: "There is no doubt that LEDs are leading the way, providing sign makers flexible and reliable solutions for illuminating signs. The benefits have been well documented, LEDs produce uniform lighting, are longer lasting. Zeta’s Embedded LED Panels for example, last for 40,000 hours (average rated life), which is almost three times longer than a traditional fluorescent and energy-efficient. When used on-grid, Zeta’s LED signage solutions consume up to 80 per cent less power than traditional lighting systems.

"Plus, as the cost has come down considerably, the business case is much easier to make, with end clients benefit from a much shorter payback period than previously. And as they are essentially maintenance- free, lifetime costs are significantly lower than conventional solutions.

"From our perspective, the biggest advantage of our LED solutions for signage are that they can be used with our solar powered lighting systems. In many cases, the cost and time associated with laying the cabling required for traditional lighting is often prohibitive. However, we combine solar panels, clever control technology and batteries with LEDs, to produce world beating solar powered signage solutions.

"The ability to provide an off grid solution that delivers superior lighting performance, really opens up the opportunity for sign makers to offer clients the ultimate energy saving and cost-efficient way to illuminate monoliths, totems or billboards; as with solar power the ongoing running costs are zero."

Zeta first developed a solar signage solution back in 2004, something that came about after Transport for London (TfL) approached them for a solution to illuminate its bus stops and timetables. They developed the patented PS800 Energy Management System that is today an integral part of their LED solar powered solutions. It regulates the amount of power consumed by the LEDs at night and maximises the power going to the batteries during the day, for year round operation.

IS Group used the Solar Signage Kit when extending the wayfinding system at The Pier Head on the Liverpool Waterfront from the neighbouring Albert Dock. Three, nine metre high totem signs and 10 doublesided and one four-sided directional monoliths were illuminated using LED solar powered lighting. The smaller monoliths incorporated PIR sensors so that they only light up when visitors approach. The bill to lay the cabling required for traditional lighting at this location would have run into a six figure sum, meaning that an on-grid solution was prohibitive cost wise.

Another client, Tara Signs, approached them to explore options to illuminate new monoliths they were installing at two of The Hargreaves Group’s commercial property developments in the South East.

Dave Rossetter, Sales Support Manager at Tara Signs said: “The existing V sign at Hamilton Business Park had two elevations, that were outdated and unlit. We were keen to explore options to illuminate a new monolith as this would significantly improve the kerb appeal as visitors entered the site; however there was no mains-fed power supply.”

He said: “The decision to include signage at the front of the Solent Trade Park was made after construction of the new car park had been completed. Hargreaves had a preference for the sign to be lit, but channelling into the freshly-laid tarmac to install cabling to power the sign was not an option.”

Using the Solar Signage Kit, Tara Signs installed a new, modern 6.6 metre high monolith at the entrance to Hamilton Business Park with the names of the businesses located within illuminated. And at Solent Trade Park the newly installed solar powered monolith included the name of the park on the header unit and logo on the lower panel.

Developed with Portland Lighting, the ECOLUX SOLAR incorporates discreet and flexible PV solar panels which harness the sun’s energy throughout the day; long life maintenance-free batteries; and Zeta’s innovative Energy Management System (EMS); which releases the stored energy and uses it to power the high intensity LED trough light and illuminate the sign or billboard.

A spokesperson for Clear Channel UK said: “We are extremely proud of the introduction of our first solar-powered billboard in Birmingham. This represents the latest in our commitment to combining the latest Out of Home technologies with our responsibility to the environment. It allows us to create innovative products that promote sustainable development and offer dynamic advertising opportunities.”