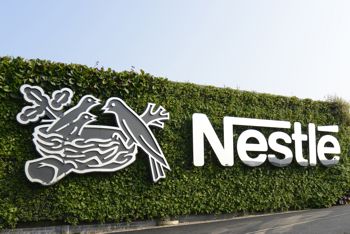 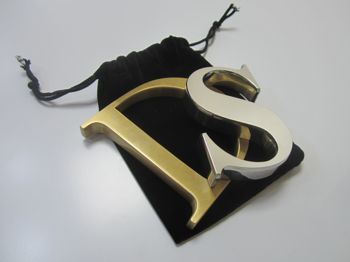 Applelec worked with Harrison Signs to create a “living wall” of plants, complete with floating signage, for Nestle. The project was part of a £150 million investment in the Nestle Tutbury factory, and is a prime example of the diversity this signage style can afford those willing to get creative with it.

“We have a long-standing relationship with Harrisons Signs, who created this sign for Nestle, and they approached us with a requirement for project support,” reveals Andy Armitage, Applelec Business Development Manager. “As a component supplier, we do regularly advise customers on sign construction, installation and other matters; particularly for highly complex projects like this one.”

The brief was tricky, calling for built up letters to seemingly “float” on the wall without any visible fixings, and these fixings would have to be strong enough to handle the weight of the large stainless steel letters. The sign design also included the iconic Nestle bird’s nest logo, which too had to be discreetly supported. Attaching these large metal components to a wall made from plants would prove to be a challenge, especially given the status of the project’s planning permission. “Following meetings at Nestle, it became clear that the wall and planting systems were already in place and that the system to fix the letters into position would have to be constructed around what had already been planned,” explains Andy.

The system in question was an H-section frame system, devised by Andy and Richard Hunter at Harrison Signs. The frame was positioned behind the wall, and would be strong enough to hold the letters through the plants. The frame consisted of 32 letter-fixing arms, which were positioned to provide enough room for plant maintenance, and then screwed into the H-section framework with a threaded rod attached to one end. The other end connected to the sign component with a fixing flange that attached to the back tray of the letter, holding it in place. “Although the final system was a bespoke creation to meet the challenges of this highly unique project, in similar situations, this system could certainly be used again,” says Andy.

Aesthetics, price, longevity and ease of installation may all be factors to consider when selecting built up lettering, but Andy points out that there’s more to think about when selecting materials. “Getting the best finish for built-up lettering is very much dependent on the implications, restrictions and even opportunities presented by the sign’s intended location,” he explains. “For example, we tend to use lightweight metals such as aluminium for built-up letters due to be positioned at height, but for eye-level signage this wouldn’t necessarily be suitable. In a reception area, built-up letters from our Premium range would be more appropriate as the finish on these letters is exceptional. Ultimately this all depends on the impression our customer’s client is trying to achieve with their signage or what the signage is being used to communicate.”

Sign makers can make their money go further by being realistic about the project, and selecting materials that make the most sense for the specific task at hand, rather than materials that would appear to create a larger impact or stand out more. For example, stainless steel letters with a horizontal grain may appear detailed and intriguing, but if they’re placed at a height, this detail will be lost and won’t have the desired impact. By discussing with experts the desired impact of your sign as well as the location, you can potentially save money on materials whilst still delivering an expressive finish. “We have several built-up letter ranges, which include standard metal and acrylic letters, premium metal letters and illuminated acrylic letters that have a luxury finish,” says Andy. While illumination wasn’t present on the Nestle project, he adds that most of the Applelec built-up letters are normally illuminated with SloanLED LEDs, offering a bright finish at a competitive price with the added benefit of a five-year warranty.