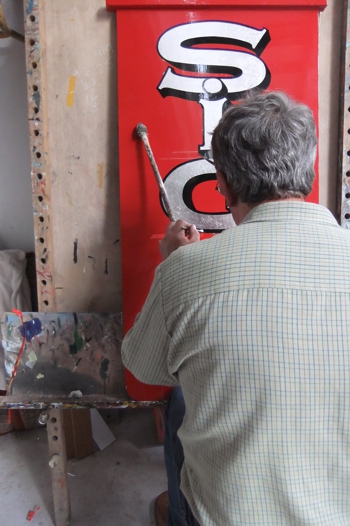 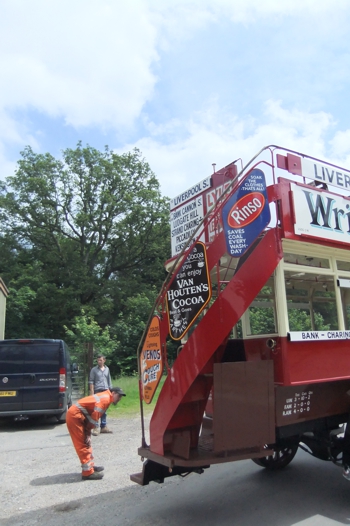 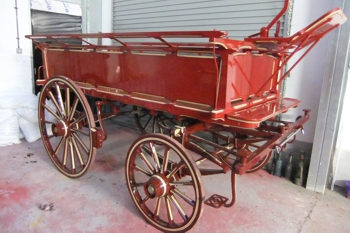 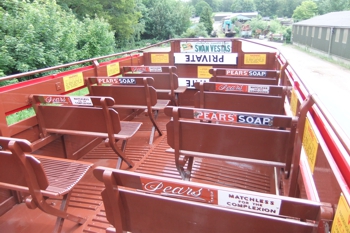 Following a seven year apprenticeship, Gerald Whittaker worked at Lintott Signs Guildford until 1983, after which he launched Whittaker Signs in Hollycombe, Hampshire.

Gerald has worked on highprofile jobs, such as the London bus commemorating the 100th anniversary of World War I, and Winston Churchill’s funeral train. However, while there is a demand for classic hand painted signs, he has noticed a decline in the number of people who can genuinely call themselves a traditional signwriter. “The younger generation now probably doesn’t really understand what a signwriter is,” he says. “It used to be that a signmaker was a man who could show with his box and his paints, discuss the job with the customer, and get on and do it. I think it’s something of a lost art because now with everyone using a computer, they want to see artwork and approve things first, so we’re finding we have to do a lot more artwork and send sketches back and forwards with respect to colours and ideas before we can win the job.”

Today, Gerald finds a lot of work from the preservation market, with demand for painting on vintage vehicles, traction engines and railway engines. “Pubs and golf courses are still demanding gold leaf,” he adds. Gerald also uses 1Shot, but while the paints may have changed, he notes that most of the other products such as brushes have stayed the same. What has changed, however, are the substrates. As signwriting materials have “completely changed” over the past ten years, Gerald has noticed different trends emerging with regards to application. “We’re seeing a lot more flat colour or eggshell painting. It covers easier and produces a good effect, we recently did a restaurant in Guildford with it.”

While Gerald still offers and sees demand for traditional signwriting, he does lament the future of the art.

“When you actually look at it, it isn’t really viable to be a full-time traditional sign writer,” he says. “The computer’s a fantastic thing, but I do think it’s killed the workshop side of things, and it’s meant we’re having less youngsters come through to learn what was an extremely good trade.” Gerald’s training involved a seven-year apprenticeship, far longer than the preparation available today. He also notes that the decline in the amount of work has contributed to less people moving into the sector. “We are seeing more week-long courses and things to spark up interest, but you need to have a fair volume of work to put an apprentice into a workshop.”