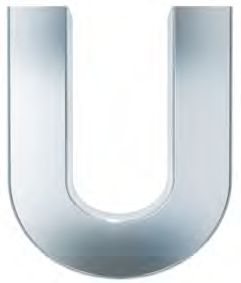 Leading supplier of aluminium extrusions and finished products to the architectural/glazing and sign industries, Universal Aluminium Systems has concluded an agreement whereby it will hold a 99-year lease on its 52,000 square feet manufacturing and distribution facility in Bristol. The necessary finance was provided by the parent company Muskita Aluminium Industries which acquired Universal Aluminium Systems in 2000 and which is one of the world's most powerful and influential organisations in the global aluminium industries sector.

General Manager of Universal Aluminium Systems, Peter Cawley commented: "This latest development in our evolution is of major significance. Not only does it reinforce the strength of the partnership between Universal and Muskita but also it will provide long-term financial stability and allow us to engage more effectively with our expanding customer base."

Acquisition of the lease was completed on 3 July for an undisclosed but substantial sum.

Muskita Aluminium Industries has for decades been a pioneering force in the field of aluminium extrusion worldwide. Acquisition of Universal Aluminium Systems has led to that company evolving as one of the world's largest extruders of aluminium. Substantial investment in the UK operation has included in excess of £1 million on the installation of what is recognised as the first fully automated material storage and retrieval system. This has resulted in a much larger and more varied stockholding capability (now increased from 300 to 800 tonnes) and faster location, handling and delivery of materials to the ultimate benefit of all Universal customers.

Universal Aluminium Systems has over 30 years of experience in the field of aluminium extrusion and is now one of the strongest UK companies in this field.

Peter Cawley concluded: "The level of investment that has taken place at the Bristol plant and securing of the 99-year lease guarantees the company's future and dispels unequivocally any notion that it is not in business for the long haul."

Bristol-based Universal Aluminium Systems has recently appointed Terry Moult as the company's National Sales Manager. He has many years of experience in the sign industry, working closely with both the trade and in retail sales, and will be responsible for sales and customer care for the sign business division of Universal as well as driving forward new main accounts.

Terry commenced his career in the sign industry as an apprentice in 1965 with Nottinghambased Pannell Signs and subsequently became a director of Gee-Tee Signs and later Signbase UK, both of which are also based in Nottingham.

Terry commented: "In my many years of experience in the sign industry, I have seen a lot of change but one aspect remains constant and that is good customer service will always win and retain business. I am looking forward to enhancing Universal's market-leading position and securing new trading partners."