Established in 1965, Northampton Signs has been the cornerstone of sign manufacturing in the region for over 40 years. During this time, the company has enjoyed continued growth and earned itself an enviable reputation for quality and service. A reputation that has spread nationwide with a host of High Street names amongst its loyal customer base.

With 20,000 sq ft of manufacturing space and a full complement of sign cutting, printing, fabricating and coating/spraying equipment, Northampton Signs has always maintained a policy of investing in people, technology and plant to keep control of production in house. The company believes it delivers better quality control, quicker production cycles and lower production costs.

Having owned two cnc routers for the past 15 years or more, Managing Director, Simon Lowin, and his team at Northampton Signs knew exactly what to look for when the time came to invest in a new 3m x 2m cnc router. Having considered a number of models on the market and attended various demonstrations, the router that ticked every box on their wish list was the E Series supplied by Tekcel CNC Solutions. The features that most impressed the Northampton Signs team included the ease with which the new Tekcel E Series router handled sheet metal cutting. Equally impressive was the the accuracy and control the router demonstrated when cutting composites, plastics and acrylics.

According to Julian Sage at Tekcel CNC Solutions, the class leading routing performance that impressed Northampton Signs is the cumulative result of the innovative technology that's unique to Tekcel routers. This includes an all ballscrew drive system, a proprietary, closed loop, digital motion controller, a powerful, 10hp spindle motor with its own air cooling system and an auto tool change system with an 18 tool capacity. Tekcel routers also feature a highly effective vacuum hold down bed that has a massive amount of table suction on tap to prevent parts moving. Northampton Signs also opted for the onboard material registration system offered with Tekcel routers.

Northampton Signs' Production Manager, Paul York, reported that the new Tekcel router was installed and running within a day and his production team benefited from a further two days of comprehensive training that covered all aspects of the safe operation of the router, the toolpath software and wide range of routed signmaking applications. Immediately following this training, the Tekcel router set to work, actively contributing to the overall productivity and high quality of workmanship at Northampton Signs.

For further information on Northampton Signs visit www.northamptonsigns.co.uk and for a complete update on the entire Tekcel range visit www.tekcelcnc.com 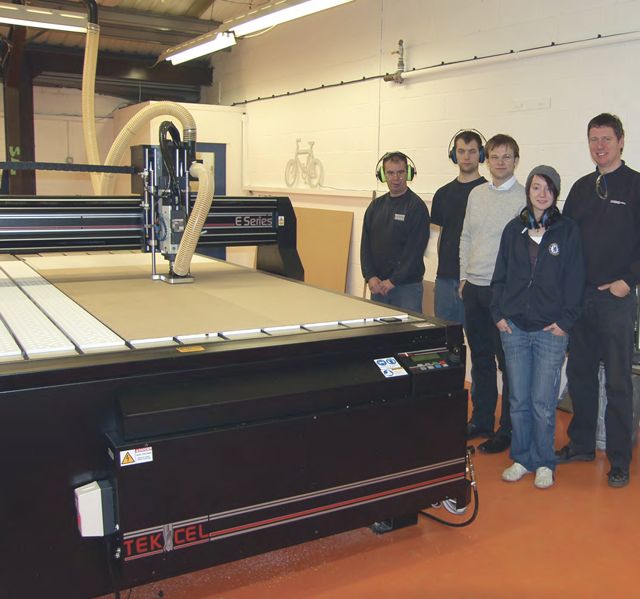