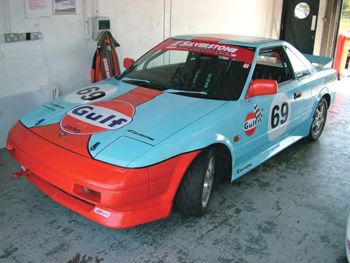 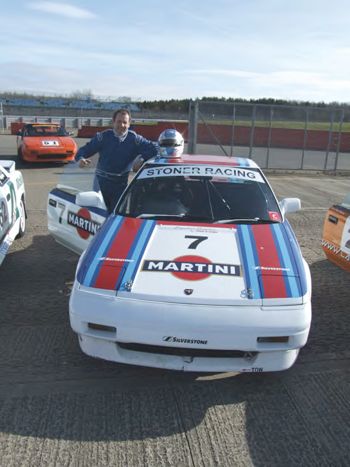 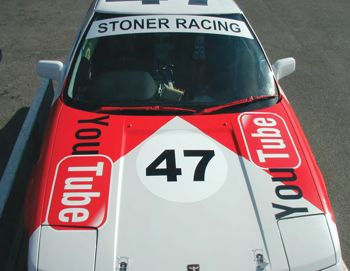 Signarama Farnham is delighted to announce that it has been appointed as the official graphics supplier to Stoner Racing during the 2009-2010 racing season.

As their official supplier, Signarama Farnham is responsible for all the graphics on the 22 cars prepared by Stoner Racing competing in the Red Dragon Race & Track Club MR2 Series.

Some 40 drivers are registered to compete in the series and three races for Stoner Racing in cars branded in matching Lanboss Software orange colour schemes. Other graphic designs applied by Signarama Farnham include Martini Racing, Gulf Oil, Alitalia, Red Bull Racing, YouTube, Castrol, Rosso Racing, Silverstone Tyres and an American Patrol car in the style of the Blues Brothers.

All the designs for the graphics have been created using Metamark M7 series vinyl. To ensure that there are no last minute problems with the graphics on any of the cars Simon Holmes from Signarama Farnham is attending each race meeting. He is also on hand to provide engineering support to Stoner Racing.

According to Martin Ralf from Signarama Farnham, the biggest challenge has been the lack of an accurate outline for the MR2. "The independent drivers provide us with original artwork that is then converted into usable graphics to fit the MR2. The lack of an accurate outline means that each design has to be measured individually and then often shaped by hand to ensure that it fits the car correctly."

Maurice Stoner, Team Principal of Stoner Racing says, "The graphics that Signarama Farnham has applied to our previous cars caused something of a stir within our racing community. At the presentation of the 2009 race cars it was noted that the graphics have taken the cars to a new level which is especially important as the Toyota Racing Series is being fully televised during the 2009 season."

Signarama is a sign franchise with 900 locations in 50 countries and is a full service company designed to handled the signage and branding for any size company worldwide.