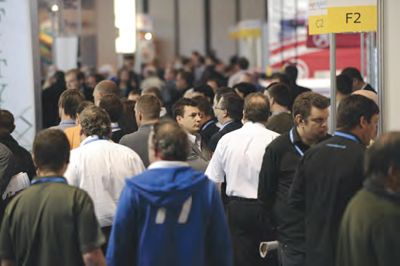 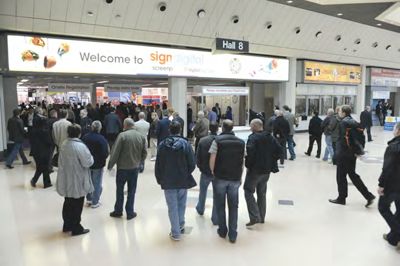 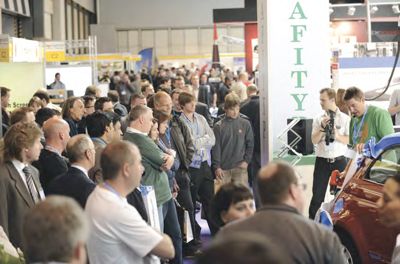 The halls were bustling once again as Sign & Digital UK returned to Birmingham's NEC on the 28 - 30 April 2009.

Any and all fears of what effect the economic climate might have had on the exhibition were emphatically brushed aside, as the show continued its proud tradition of bringing large numbers of the highest quality visitors to the stands of those exhibiting.

Rudi Blackett, event director comments: "This year we were extremely impressed with both the quality and quantity of the visitors that attended the show. We were always confident that such a comprehensive exhibitor list and wide range of products would draw the crowds, even more so when you combine that with variety of topics covered within the different seminar theatres at the show."

"That said, the economic climate presented us with an entirely new type of challenge, and we're delighted to report that the show has once again been a resounding success. Exhibitors have reported a higher quality of visitors than ever before, as well as a higher level of on-stand commerce than many had thought possible. I would like to give a big thank you to all of our exhibitors and visitors alike, who contributed to the success of Sign & Digital UK 2009."

Roger Masheder, chairman / manager at Alpha Engraving, having just purchased a printer from Graphic Printing Technologies, commented: "The show today has been very good. It's been twenty years since we were last here, and while some things are the same, there's a lot that has changed."

In addition, exhibitors once again reported significantly better than expected levels of trading with the show.

Many features were continued from the show last year - the Sign Makers Bar, and the Massage Zone once again served to rehydrate, refresh and revitalise both visitors and exhibitors, while each of the seminar theatres, including a significantly expanded Adobe Theatre were well attended throughout the show.

Brian Carter of B Scene comments on the theatres, "I visited several workshop and seminars during my visit to this years show. Adobe and Corel Draw were the ones that stuck in my mind, they were interesting and gave insight into how they can be utilized to great potential."

Doug of Peach Design reiterates the quality of the Adobe workshop. "Terry (Steeley) and Richard (West) are great speakers, they make everything easy to understand, and the demonstrations on Leopard and CS4 were extremely helpful."

Alan Caddick, marketing manager for the show adds, "There were numerous features that received great feedback from visitors, such as the F1 competition, where Nigel Franklin, Darren Worthington and Janet Smith were the three winners, as well as the massage zone - these will definitely be featured again next year along with a wealth of other fantastic features."