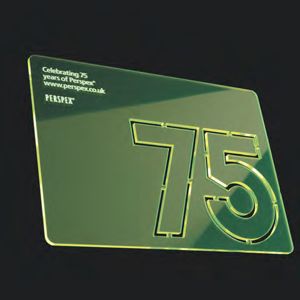 Independently starting out as a general study of polymeric materials and as a project to find a laminated safety glass interlayer, Perspex® has become one of the UK's ubiquitous brands and not only the most widely used term for plastics but one of the most widely understood English words. Chances are, you will have heard of the name and have probably used it yourself both figuratively and literally in reference to many different clear plastic products.

In 1934 the word Perspex came into the English language. Derived from the Latin "to see through" it was registered as the trademark for ICI's acrylic sheet. However, before volume production was possible, two very different projects combined to create and commercialise the clear Perspex sheet.

John Crawford of the Research Department at ICI had the objective to find a replacement for cellulose nitrate which yellowed badly in sunlight while Crawford Hill of British Dyestuffs Corporation had prepared the polymer of methyl methacrylate which turned out to be unexpectedly hard and tough. A patent was applied for in November 1931, which also claimed cover for both moulding and extrusion of the polymer.

Both Hill and Crawford recognised the unique properties of the material but also appreciated that an economic route to the monomer was required before commercial production was possible. Crawford's vital contribution was to determine the reactions involved and the conditions necessary to achieve an optimum yield. This work resulted in a process that could produce 100lb batches of methyl methacrylate monomer that appeared commercially attractive. Produced in Billingham at the Cassel Works, the monomer was cast between flat sheets of glass separated by a gasket and polymerized in an oven. This process still forms the basis for the commercial manufacture of acrylic throughout the world, albeit more stable with greater quality control and larger volumes. 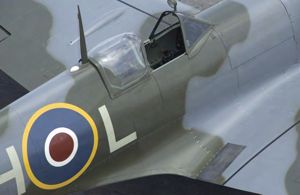 While originally produced as a replacement for safety glass where a weight saving was required, it took the war to bring about a significant demand for Perspex as a glazing material for aircraft. With this increased demand and the Ministry of Supply insisting on manufacture over a number of different sites, to minimise the risk from enemy attack, a production site at Darwen, Lancashire was found.

According to Mike Lombard, Technical Support Manager at manufacturer, Lucite International, the decision was strongly influenced by the prevailing climate at Darwen, which apparently "has more low lying cloud cover than any other UK town". So it was in 1940 that production of Perspex on a small scale began and continues to this day.

The fledgling product would soon become an increasingly important part of the war effort with 50 tons of Perspex produced during that first year at Darwen for the cockpit canopies of fighter aircraft. In the Battle of Britain year, production had increased significantly to 455 tons and by 1944 Perspex had grown to six thousand tons. However, this use of the product was always going to be of a temporary nature.

As expected, with the end of the war, the need for Perspex fell dramatically to less than half of the wartime peak. However, some succession planning for the product had been considered and a corrugated Perspex sheet was produced to allow natural daylight into buildings, specifically for industry and agriculture. Favourable reports on its performance were received from many quarters and the product became a huge success. However, it took much longer for Perspex flat sheet in clear and colours to find a replacement market for the capacity that had been developed during those war years. 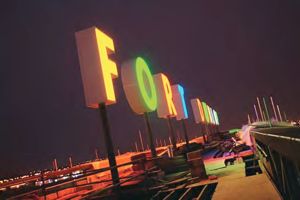 One of the new colours developed at Darwen was opal, in four different grades, which helped to create a demand in an entirely new market, for both indoor and outdoor lighting applications. Endorsement of Perspex for the lighting industry was also helped by a significant installation of four hundred fittings designed by Sir Gilbert Scott for the new House of Commons. This success and the abundance of grades and colours would subsequently lead to the consideration of Perspex for signs and fascias. Complemented in no small part by the characteristics of the material, signage remains a market of prime importance to this day.

With its high molecular weight, Perspex cast acrylic benefits from excellent strength, rigidity and resistance to weathering making it equally suitable for use both indoors and outdoors. A versatile material noted for its unequalled clarity and produced in a batch process, Perspex offers the flexibility for many colours, surface textures and grades. Available in a vast range of standard products from UK distributor, Perspex Distribution and with an accumulated store of colour-match records, Perspex has been used for many innovative sign applications and corporate identity programmes. 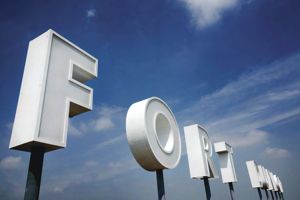 Most recently and notable both in the industry, for winning Sign of the Year and at large, for its landmark status off the M6 at Birmingham, the Fort Dunlop sign produced by ASG uses the latest Perspex Opal LED Light Source Grade. Built of individual letters, each standing 2.5m high, the Hollywood style sign spans 45 metres in length.

Supplied by Perspex Distribution, Paul Neal, Branch Manager in the Midlands, believes "this spectacular sign at the summit of the Fort Dunlop building is made more impressive by the incredible number and combination of colours that can be produced, with a brilliant and even illuminationthrough the specially developed Perspex surface".

Crowning this Urban Splash development, the sign has certainly become a highly visible symbol of the area.

Now, 75 years after it first appeared, Perspex is produced in many variants and for many applications. Supplied in the UK since 2003 by Perspex Distribution who have established Perspex cast acrylic once again as the market leader, it is a clear example of a UK made product that is flourishing. Undoubtedly, the UK's foremost plastics property and a nationally ubiquitous brand, Perspex shows no sign of dropping out of vogue. While today, the product is equally about colours as it is about clarity, as a term, it seems that Perspex will continue to be used by the public for all manner of clear plastic products even though, there is only one Perspex. 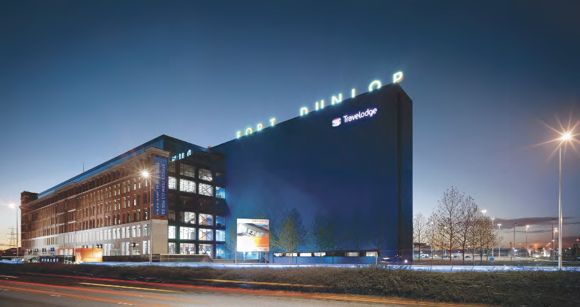