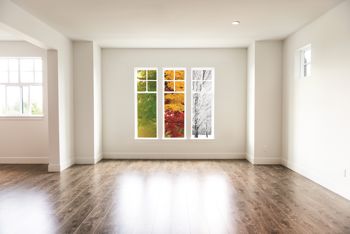 With winter fast approaching, a trade supplier to the sign and graphics industry is offering a new way to keep both windows and bank balances warm with one of its latest products.

William Smith, as the UK’s master distributor of 3M Window Films, launched Thinsulate Window Film Climate Control 75 (CC75) last year. But the company believes now is the ideal time to help customers save up to 10 per cent on energy bills using this innovative film.

As a window film for insulation, when CC75 is applied to a single pane, performance is close to that of a standard double-glazed pane. And application to double-glazing raises performance close to a triple-glazed pane. It has the capacity to both reflect heat in warmer weather and retain it when it’s cold outside, due to the combination of invisible insulation and solar reflecting technologies.
Thinsulate Window Film’s virtually invisible appearance means once it's applied it barely changes the building aesthetics. This is important for historic buildings where conservation requirements mean you can't change building’s appearance.

William Smith’s marketing manager for window film and architectural products, Lindsay Appleton, said: “3M Thinsulate Window Film is an efficient, cost effective way for customers to reduce heat loss by 38 per cent and increase insulation performance by 40 per cent, while being virtually invisible.

“We’re excited to have this cutting edge product within our window film portfolio, and anticipate demand to continue to grow as building owners look to reduce costs.”
3M Thinsulate Window Film CC75 is available from William Smith as part of the range of window films in stock, with next day delivery offered for full or part rolls on orders placed before 6pm.