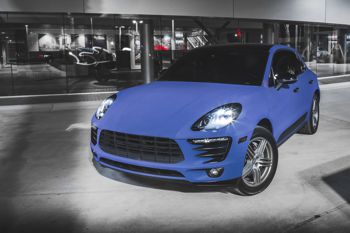 APA's range of cast decorative films has new films: the Blue Ultra Matt anti-scratch self-adhesive film with a velvet effect. And Jaguar, the film with a realistic jaguar texture, for a "trendy animal touch".

Particularly suitable for permanent wrapping applications, they are easy to apply says APA. This is due to repositionable RepoTack-Air Free System adhesive, which helps to position the film and allows air ejection through micro-channels, without affecting its removal, even after a long time.

Cast films stand out for their "high conformability and thickness, which guarantees an excellent coverage and high mechanical resistance". Innovative and safe, these two new films are certified for reaction to fire (B-S2-D0 class), says APA.

"With the new Jaguar and Blue Ultra Matt effects, APA hits the nail on the head once again with unique and cutting-edge products," says a spokesperson.