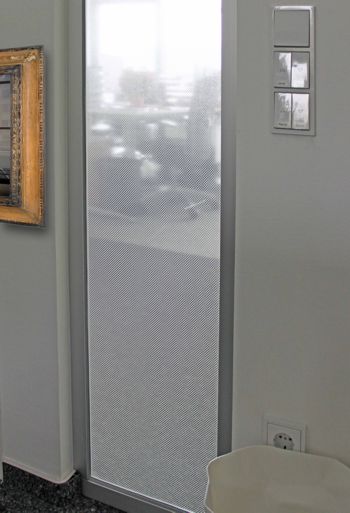 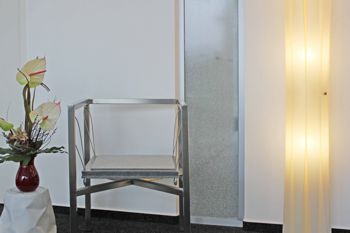 The self-adhesive glass decoration films of the new Illustra range from ASLAN give glass surfaces a fresh and modern appearance, according to the company. The transparent films are printed in three white designs; Linen, Dot and Snow.

If applied in private or public buildings, the Illustra films from ASLAN create decorative sight protections and modern solutions for dividing rooms without reducing the light transparency. They are 'ideal' for applications in offices, stores, seminar rooms, medical centres, banks, hotels, restaurants, and airports.

Thanks to the ASLAN-Dryapply technology the Illustra films can be applied easily. Fine air release channels in the adhesive allow air bubbles to be wiped out with ease, making the application 'fast and simple'.

Compared to polyester films the Illustra films are much easier to apply and ensure a significant time savings. The design is scratch-resistant and resistant against solvents, because it is printed on the rear side of the film, says a spokesperson.

The self-adhesive films are printable with solvent, eco solvent, latex and UV-curable inks as well as in screen printing. With an outdoor durability of minimum seven years they are ideally suitable for long-term applications.