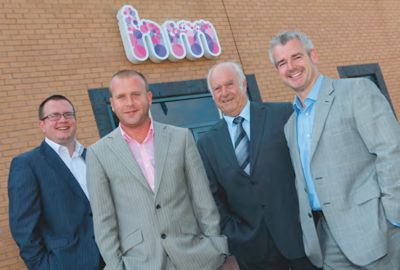 Midlands based Hollywood Signs and sister company Monster Digital have merged to form what they consider is the biggest signage and graphics company in the Midlands, Hollywood Monster.

The newly merged company has moved to a larger 30,000 sq ft unit in Redfern Parkway, Tyseley, bringing the Hollywood Signs team from its former unit at nearby Cole Valley Business Park and Monster Digital from Halesowen under one roof to create the now 70-strong workforce in addition to the London based sales office.

The merger and move will allow Hollywood Monster to offer new and existing clients across the UK a wide range of services across a number of sectors, whilst benefiting from the cost efficiencies and shared experience of the combined team and diversified service now on offer. The team is also set for expansion, with a recruitment programme already underway.

Tim Andrews, Managing Director of Hollywood Monster, said: “With both businesses continuing to trade successfully over the last 18 years, it seemed the next logical step to combine the service offering and benefit from the economies of scale and efficiencies of combining the business under one roof that can then be passed onto our clients.

“Both businesses had expanded to a combined turnover of £6m, so by combining the technology and skill sets of both businesses operationally and commercially, our vision is to become the number one graphic business within the UK.”

With an impressive client list including Westfield Shopping Towns, Carillion, McDonalds and Virgin Media, the merger and expansion into larger premises will also allow the company to update state of the art machinery and offer storage to clients, as well as the existing consultancy, project management, planning, and installation services previously offered by the sister companies.

One of the team’s most recent high profile projects was its appointment as main contractor for graphics at Land Securities and Hammerson’s new shopping development in Bristol city centre Cabot Circus, which included the print and supply of 2,500 sq m of graphics to launch the centre.

Tim added: “As part of the merger we have launched a new company brand and website, which all the team are very excited about. The coming together of the two brands and companies will bring us the synergy required to grow further in our industry.”

Originally founded in 1991 by John and Tim Andrews, The Hollywood Group grew into its first 3,000 sq ft premises in Acocks Green in 1995 and saw the employment of its first full time employee in 1996. In 1998 a purpose built 10,000 sq ft facility in Tyseley was commissioned and completed in 2000 to house its then 20 employees. Later in 2002, sister company Monster Digital was created, trading from business premises based in Halesowen until the company merger to form Hollywood Monster earlier this month.

More information about Hollywood Monster can be found by visiting the brand new website: www.hollywoodmonster.co.uk