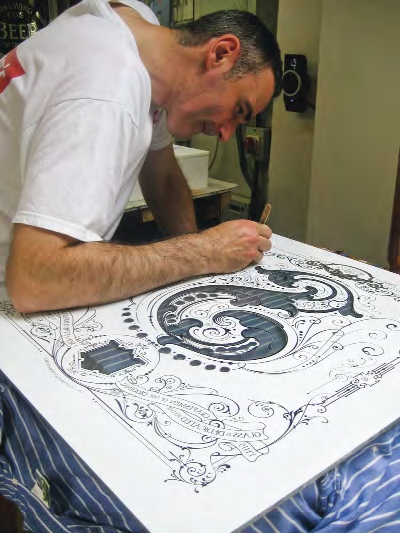 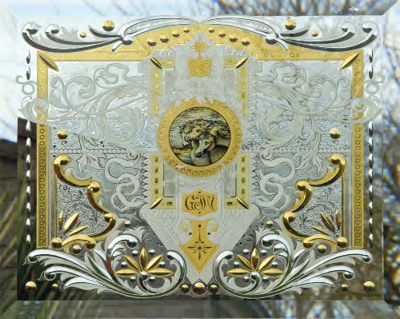 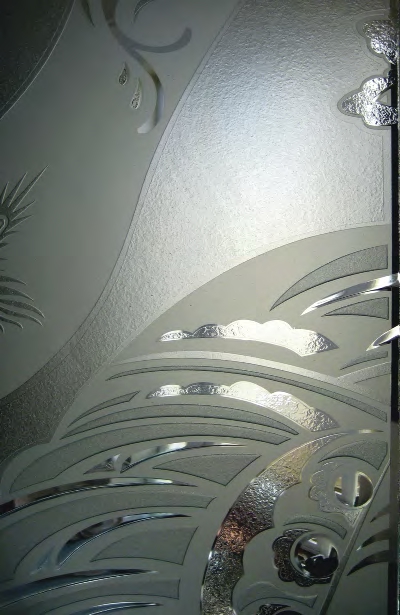 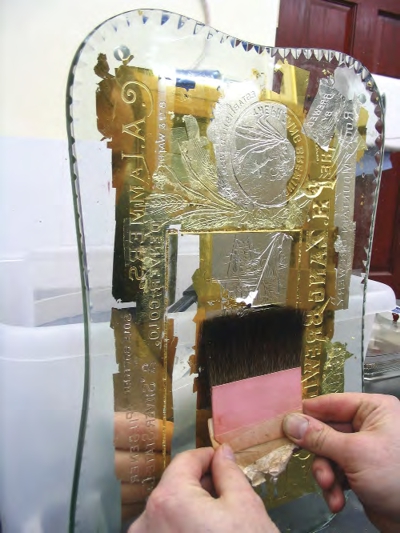 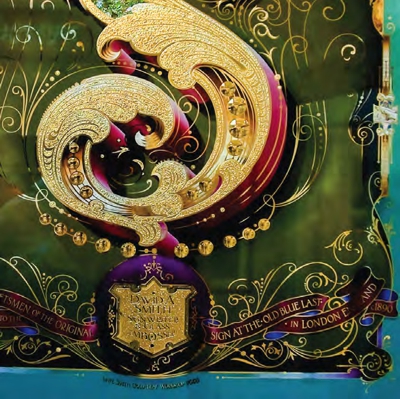 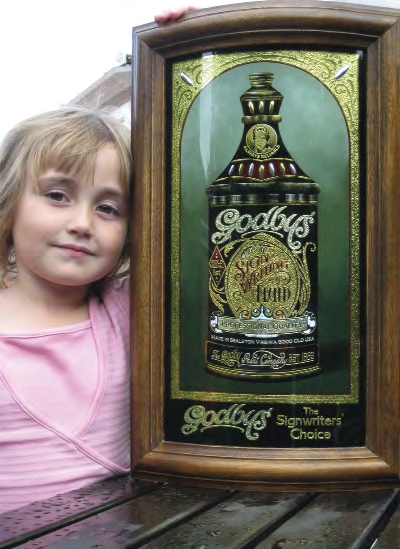 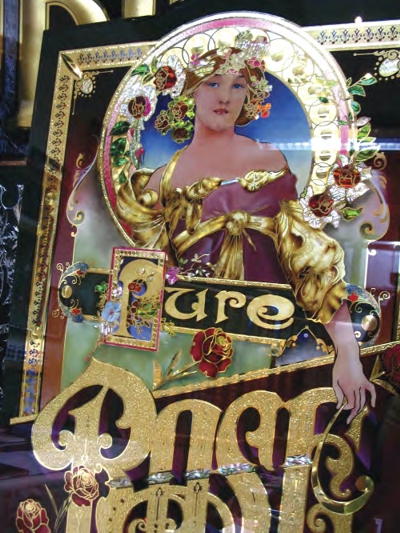 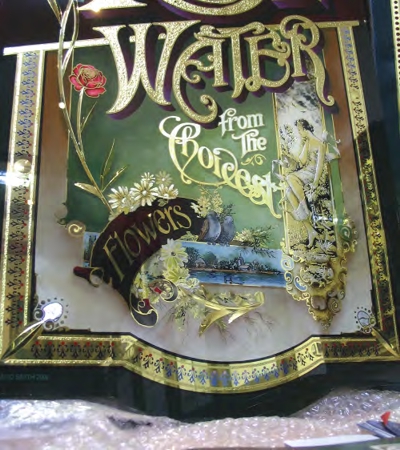 A hundred or so years ago the arts of traditional sign writing, reverse glass decoration and ornate gilding were widespread, but then these crafts declined to the point where there were few people with the skills to do this work and knowledge was lost.

Fear not, these arts are making a strong comeback and with exponents such as David Adrian Smith they are far from finished. David is one of, if not the most, experienced artists of his type in the UK and reports renewed interest in his work and increasing demand for the gold leaf glass workshops he runs.

David made his first hand-lettered sign while still at school and at the age of 16 he gained an apprenticeship at a sign company in Paignton, Devon. David spent six years there learning the techniques of hand sign writing and gilding from Gordon Farr and Jeff Skinner, two experienced traditional signwriters.

By the early 1990s the growth of computerised signwriting and modern manufacturing meant that the market for traditional skills had shrunk to almost nothing. Undaunted, David set up on his own in 1992, near Torquay in Devon and continued to hone his skills, predominantly working on projects for the pub trade.

A turning point for David was making contact with Letterheads in the USA.

"Letterheads are groups of sign makers and artists that get together and share techniques. The meetings are very popular right across the States," he says.

"I learnt so much from those artists. For example, they showed me glue chipping, where you put glue on glass and chip it off to achieve the required finish. That technique wasn't being used in England at that time, even though it had started over here. We'd lost the skills and knowledge and a whole generation of our sign makers missed out. Back in this country others were interested in learning the technique so I started showing them how to do it.

"I probably made 30 trips to the States over the last 20 years and someone I have to thank in particular is the late Rick Glawson of the Fine Gold Sign Company. I still attend Letterhead meets regularly and enjoy sharing ideas just as much now and am looking forward to the big meet in Belfast next year, 2012.

"At the turn of the 19th century, there would have been lots of different departments, each with its own set of craftsmen doing different bits, but now I do it all."

David says customers in the UK are increasingly realising value of traditional skills, although when a single glass panel can take weeks of work, the number of customers who are willing and able to pay may be limited. David's finished works of art may not be taken up by high street shops that come and go, but they have real permanence and impact.

Amateur film maker Danny Cooke was so impressed when he saw David's workshop when visiting in another role as a computer repairman, he just had to make a film. Initially intended to be three minutes long, there was so much to show it ended up running to 15 minutes. Danny's film, David A Smith - Sign Artist, was featured on the front page of the prestigious Vimeo website, on its HD channel, a showcase for the finest films made by amateur film makers worldwide and can also be watched from this webpage.

The film was an instant internet success with more than 100,000 hits in just a few weeks and the number of enquiries about David's work has rocketed.

"The film and the internet generally is a brilliant showcase for my work. Since the film was released, I've had enquiries from all over world, including a lady coming from France next week for a workshop. As a result of the film I've also just completed a front book cover for a major publisher in New York, which they absolutely love," says David.

His biggest surprise was when he was approached by the Disney Corporation in USA about giving workshops to some the company's leading creative people.

"I sent a sample glass panel to Disney, showing what can be done on glass. They were really impressed and I'm just waiting to see what will happen later this year," he says.

In the meantime David is busier than ever, both with increasing orders coming in and with running regular workshops for sign makers and artists.

"A lot of sign companies don't offer this type of work to their customers because they don't know they can get it done. I'm busy now and getting busier; and the people I teach are getting work too. There's still not many people skilled in these techniques, especially acid etching," he comments.

David says a five day course is sufficient for most people to start offering traditional sign writing and a glass panel service to their customers, if they continue practising the techniques learned, but he laments what he sees as many sign makers' lack of design skills.

"I see a lot of sign writers with no understanding about laying out text and space around it so I include some design on the course. Even if your technique's perfect, the design has to be right or the finished sign won't be any good," he says.

David has also been invited to put on an exhibition later this year in the Spanish Barn in Torquay, the town's oldest building and a focal point in the area for the arts.

"It's where Damien Hurst and Anthony Gormley have had exhibitions, it's amazing, I can't quite believe it," he says.

Looking at David's work, what seems amazing is that it has taken so long for him to receive the accolades now coming his way. The good news is that by passing on traditional techniques and his knowledge gained over 30 years, another generation of sign makers and artists won't miss out and we'll keep the skills alive and developing in this country.

View more of David's work at www.davidadriansmith.co.uk or telephone 01803 613753 to find out about his gold leaf glass workshops.