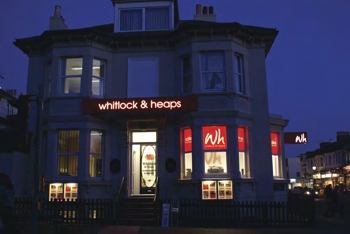 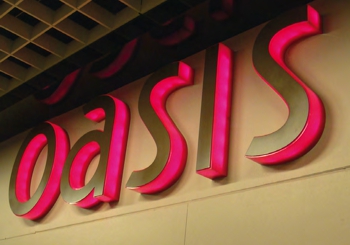 "Hybrid products are no more expensive than the previous generation we made and supplied to the sign industry. They're at least the same high quality of build and illumination but under the ECA scheme their cost can be 100 per cent written off against taxable profits," says Damien Pestell Sales & Marketing Manager at GDI Signs.

"The financial savings possible for the end user makes the choice between a new and old generation illuminated letter a 'no brainer'."

The ECA scheme was set up by the www.carbontrust.co.uk in order to provide an incentive for businesses to decrease their carbon output by using carbon efficient products. It offers tax concessions to reward businesses that use LEDs with a certain level of efficiency in signs and letters, as measured in Lumens per Watt.

While the benefit of paying less tax is not applicable directly to GDI's customers in the sign trade, their clients who are the end users of Hybrid products can make considerable financial savings, which gives sign companies offering Hybrid an important competitive edge.

But it's more than just a question of paying less tax that will attract customers to Hybrid. The sign trade can also sell on the basis of the product being energy efficient and environmentally friendly, hot topics with a lot of companies currently strengthening their corporate social responsibility policies.

Damien continues: "This product is going to be a big deal for the sign trade in 2011 because it will help them win more contracts, especially for chains with multiple shops, restaurants or garages, that are having a re-brand or similar. Work it out; per £1000 spent on Hybrid LEDs and signs, £280 in first year alone can be written off, so the potential saving for bigger customers is well into six figures. Even for a sole trader with one shop, the potential tax saving is a great selling point."

"We have big hopes for this new product as we think it comes at a time where people are starting to take products that reduce carbon seriously. This is partly because the government has stepped up and is giving incentives for using such products, but also because people would rather take a product which emits less carbon and is less harmful to the environment. Of course, because the LEDs are more efficient it means the cost of an end user's electricity bill is decreased and they save more money that way too."

Ladies fashion retailer Oasis recognised the benefit of switching to Hybrid letters in the company's recent roll out programme and is now making huge cost savings through a reduction in tax. The Hybrid product was critical to GDI and their sign trade customer winning the contract.

Choosing to use Hybrid letters also helps large companies meet the requirements of the Carbon Reduction Scheme. The Carbon Reduction Commitment Energy Efficiency Scheme (CRC) is a mandatory carbon emissions reporting and pricing scheme to cover all organisations using more than 6,000MWh per year of electricity (equivalent to an annual electricity bill of about £500,000). All companies who meet the above criteria will be put into a league table and their carbon usage measured. If no reduction is seen, then there will be financial penalties in the form of having to purchase increased carbon output allowances.