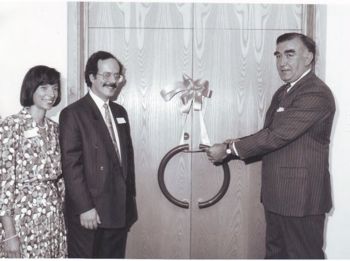 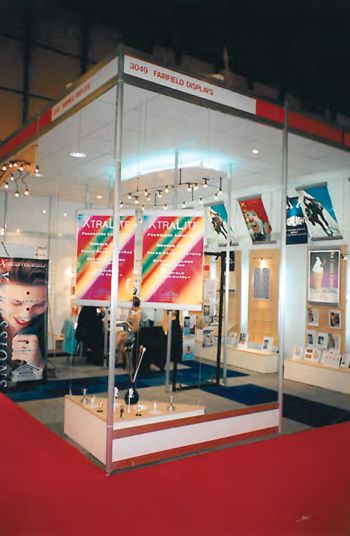 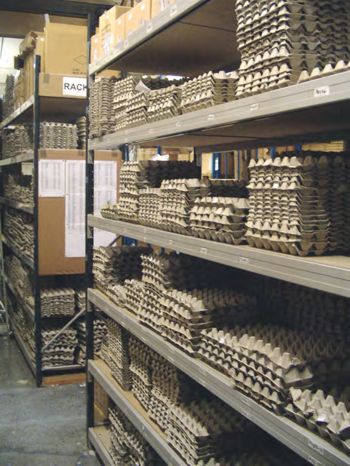 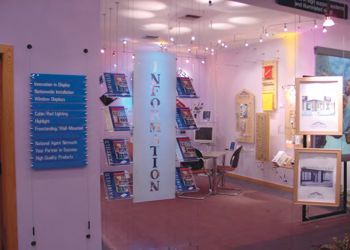 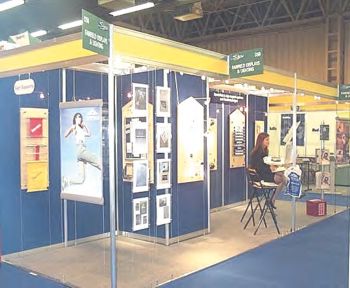 As Fairfield Displays & Lighting celebrates its 30th anniversary this September, Sign Update spoke to Janice
Fairfield, a driving force behind the success story of a company that has grown to become an industry leader.

Today Fairfield Displays & Lighting is a major player in the signage, lighting, graphic and digital display industries, and not just in the UK. The company is an international business with 80 employees globally and a network of resellers. It has offices in England, USA, Holland and Germany and supplies to more than 40 countries.

But all this started from practically nothing with a young couple with good business finance, marketing and public relations experience, who had little savings but lots of enthusiasm and an eye for well designed products of high quality.

The team behind Fairfield's impressive success is husband and wife Geoffrey and Janice Fairfield, now Chairman and Marketing Director respectively.

Back in 1979, the Fairfields were living in France. Geoff, a qualified accountant, was nearing the end of a contract and the couple, with excellent French and German language skills, were looking for an opportunity to start their own business. A mutual friend introduced them to a company looking for a UK distributor. They jumped at the opportunity, and the Fairfield Displays & Lighting story began.

"Back then most imports were coming from Europe, not the Far East, and our products were all imported from France. Initially, we had a range of glass cube displays and various other showcases and our market was retail displays not the sign industry," says Janice.

"In those early days, a primary aim was to create brand awareness. That was pre-internet; the trade press and trade shows were everything. Working from home I just hit the phones with a vengeance, wrote endless articles for any and everything, whatever I could do to get the Fairfield name out there."

Knowing they were risking whatever savings they had but firmly believing in the potential of the products they'd selected, Geoff and Janice took a stand at the Shopex event in 1980.

"The show was a massive success; we were inundated with enquiries and then with follow-ups and subsequent orders," recalls Janice.

The following year, 1981, was particularly significant. Soon after the birth of their daughter the Fairfields opened their first showrooms in Farnbough, Hampshire, and also started selling the Mobile Cable System, the like of which was then practically unknown in the UK.

"In the UK the systems seemed revolutionary, but they'd proved themselves in Europe for years. At Fairfield we always aim to be one step ahead of the competition and we were definitely several steps ahead when we started importing cables.

"Estate agents were among our first customers," explains Janice. Back then they were spending £1000 on bulky wooden displays and lighting, writing property details by hand and sticking on a photo. Our system offered a professional solution. It was totally different, very contemporary with clean lines, extremely flexible and the cables didn't detract from the marketing message.

"At that time high streets were changing completely with shop windows being opened up. Chain stores were developing and niche retailing was just starting. Where independent shops like the local butcher would have a hand written sign, the chain stores went for a new look.

"The number of enquiries that came in were phenomenal and very quickly we were dealing with top notch designers who recognised the immense benefits of the Mobile Cable System. The persistence of pushing the Fairfield name had also paid off because quite early on people thought we were a bigger company than we were."

At the same time, Fairfield began setting up a network of resellers across the country. Like customers, resellers were nurtured, a feature that has become part of the company's culture.

In 1990 the business moved to its current 8,500 sq. foot premises in Fleet, Hampshire, which includes offices, showroom and warehouse facilities. By the time the company began manufacturing its own cable and rod systems, including a large range of wall mounts in 1993, the team had built up a wealth of valuable knowledge and experience.

"Things really took off then," explains Janice. "Manufacturing the cable systems enabled us to be extremely competitive in the world market, resulting in us establishing a global network of distributors and opening offices overseas in the following years."

Fairfield training days and seminars grew both in number and popularity as the distributor network increased and today average around eight a year. Showrooms with more offices were opened in Shrewsbury, now the company's northern base.

As the impact of digital printing spread and the sign market developed, signmakers began taking over some of the work previously done by shop fitters, which is when Fairfield started to supply the sign trade in a big way.

"At our first Sign UK we had a tiny stand, just giving it a go really but we were rushed off our feet with five or six hundred enquiries over the three days," says Janice.

"These days our cable displays are in just about every high street in the country. Whether it's an upmarket fashion outlet with minimalist styling or a traditional location such as an old castle, our cables work because you don't see them, just the message.

"We're proud that we created the market for cables in the UK. As a result of what we did, more cable systems are now manufactured in this country than anywhere else. Where others dabble in that market, we have real depth of experience gained through hundreds and hundreds of projects. You can't buy that knowledge."

Cable systems may be just one of Fairfield's lines but their success is symbolic of the company. As the market has changed, Fairfield has developed its range, introducing innovative products such as its patented double-sided light boxes, XtraLite in 1995, as well as a range of freestanding units with suspended cables, a 3mm cable system, and a 3mm and 10mm rod system. More recently Fairfield launched floating digital screens with matching light boxes and earlier this year the Balance range of displays was introduced.

Looking back over 30 years, from being a young married couple in 1979 to having recently become grandparents, Janice and Geoffrey Fairfield are rightly proud of what they've achieved.

"We don't know what will happen over the next 30 years, but we know we've built something very solid," says Janice. "Today Fairfield is a whole team of people who really care about what they do.

"We have always had a very loyal customer base that we support continuously, some dating back to the very beginning. A few have gone away and bought cheap stuff, but finding out it was a false economy, they come back to us. Our trade prices are surprisingly competitive for the quality."

Fairfield employees are also loyal; some 60 percent have been with the company more than five years and a third of employees more than 10 years.

The role Fairfield Displays & Lighting has played in the industry was recognised when Geoffrey Fairfield was made president of the SDEA (the Shop and Display Equipment Association) last year.

"Geoff was always a man with vision and now he's at the pinnacle of his career. He regularly gets invited to speak at industry events and enjoys helping people and sharing the knowledge he's accumulated over many years in the industry," says Janice.

As we go to press, plans for Fairfield to celebrate the 30 year anniversary are being finalised.

"We're asking our older customers if they can remember their first cable installation and we expect some interesting recollections," ends Janice.