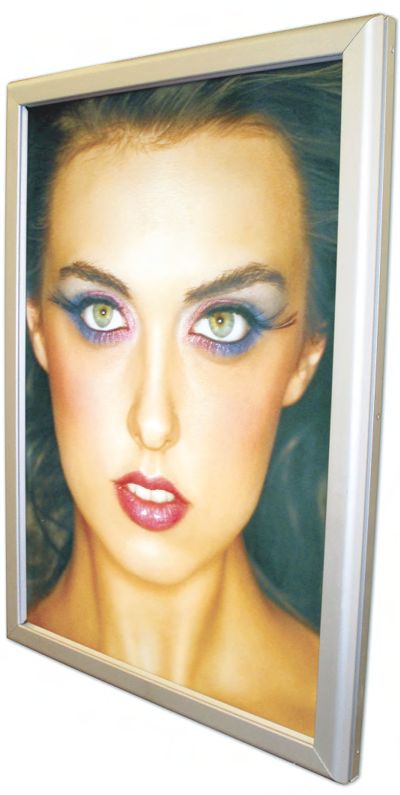 The new LED lightbox from arken is both slim line and economical, using 80% less energy than that required to run traditional light boxes.

The LED bulbs featured in this new design are said to last on average a staggering 50,000 hours that is the equivalent of running for 24 hours a day for 5.7 years. This is far longer than traditional fluorescent tubes requiring annual replacement, recycling and maintenance. They also use an astounding 80% less energy, so this together with the minimal maintenance costs makes these light boxes on average £140 cheaper* to run per unit per annum.

The display itself is narrower than arken's other light boxes measuring just 31mm in depth, creating a truly minimalist look suitable for a wide range of outlets from cafes to cinemas. The lightbox can effectively house both duratrans and paper graphics so is flexible to your marketing resources.

The light boxes can be mounted like canvasses in a modular sequence to depict one large image or simply mounted individually. The front profile can either feature arken's standard front opening clip frame, or a hinged lockable door system - a more secure design that requires a lever tool to access posters.

Overall it is a high performance, yet very cost effective illuminated display with minimal maintenance and running costs, but maximum impact.

* based on at 12p / KWhr, this would be higher for larger units