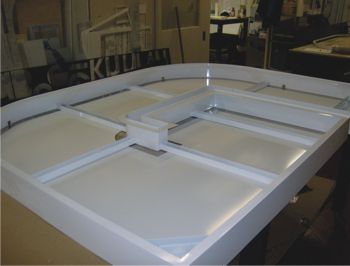 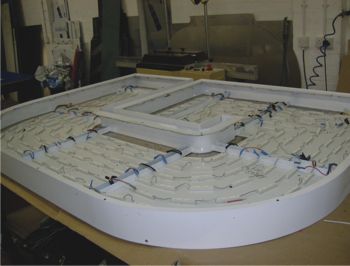 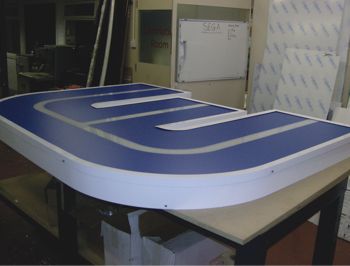 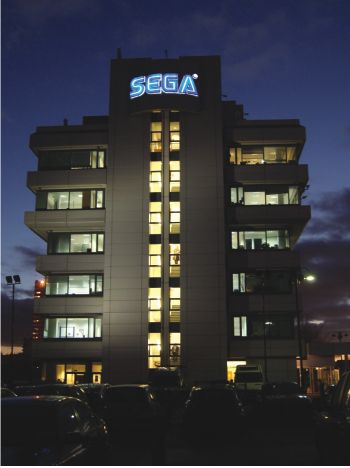 SEGA approached About Signs Group to rekindle its existing signage, which was not to their satisfaction.

They were asked to plan, design and manufacture the new signage and ensure that it would provide a fabulous face and halo illumination effect.

The signage which is situated more than 35 metres high on the north elevation of their head office building in Brentford, is situated right next to the A4 flyover thus providing vast amounts of advertisement for the world famous gaming company.

"This is one of those exciting jobs that you really appreciate once it's all finished and was always going to take lots of planning and care due to the location and nature of the sign," says Paul Newman, Company Director.

About Signs Group was able to manufacture all the components of the signage in-house, which meant that they could closely monitor every stage of the build.

Once the two metre high returns of the logo were built and strengthened, it was time to start placing the LED modules. These were supplied by Bright White Lighting, and working together, accounted for roughly 300 LED modules per letter.

Mike Harris who was given the role of Project Manager for this job said: "Sega were extremely keen to have a halo effect along with face illumination, so to make sure we achieved this to their satisfaction, I planned for a line of LEDs to be placed on the back of the rimmed return. This was the key in achieving the halo effect needed."

The faces and back trays were created using opal and clear 6mm polycarbonate instead of the usual acrylic, thus eliminating the likelihood of cracking when drilling and to provide extra strength at the same time.

Once the letters were finished, the shear size of the signage became apparent and that it was going to take a special 50m lift from Nationwide to be able to cope with the weight and height of the installation. About Signs Group only had two days to complete the install, which included the cleaning and wiring up of the sign, so they called upon their most experienced staff to ensure a smooth installation.

Mike Harris was pleased with the results. "Everything went according to plan - I'm well chuffed with the way it looks and it's a job that I will never forget.

"The signage finally went live on the Monday evening when we returned to site to flick the switch and show the client their new signage in all its glory.

The finished item was met with some very pleased clients who shook our hands and appreciated the work that had gone into this fantastic project."

Alison Peat, Head of Creative Services Sega commented: "I just wanted to say thank you for such a fine and relatively straight forward job. The sign is looking great and really shines like a demon at night - yes sadly I did a drive by at around 10.30 to check it out again! Everyone has said how pleased they are with it so thanks for making me look good."

For any further information on this job, contact About Signs Group on 0208 751 7250 or email info@aboutsigns.co.uk