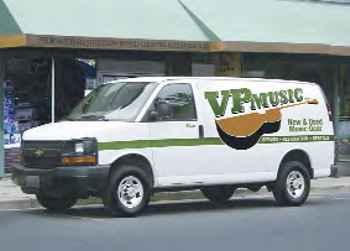 Optimised for electro-cut conversion, Scotchcal Graphic Film Series 80 is designed for application to a variety of substrates, including painted surfaces, aluminium, GRP, acrylic, glass and steel and conforms well to simple curves and over rivets and corrugations. The film's 50-micron thickness and lay flat paper liner enables easier handling and superior cutting and weeding to reduce set-up time, waste and labour resources. In addition, the permanent pressuresensitive adhesive allows accurate graphic positioning for optimisation of installation time and costs. The adhesive's clear bond presents the same appearance on both sides, making the film suitable for application to glass and other transparent surfaces.

The film has a durability of up to 10 years and can be easily removed by the application of heat. It is available in 84 colours (including matt white and black, eight metallic and a wide range of the most frequently requested colours). Pantone references are available on 33 of the colours.

All of the films are available from 3M primary stockists William Smith and Spandex. For further information, visit www.3M.co.uk/graphicsolutions