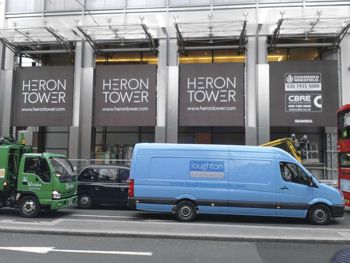 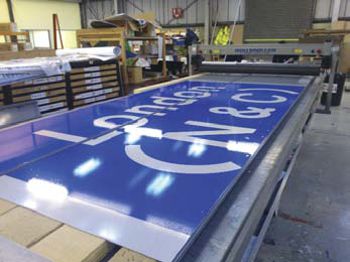 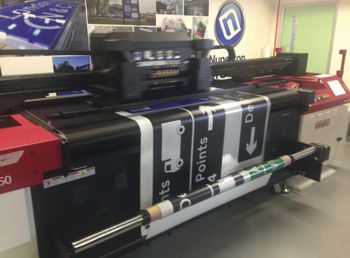 For Steve Wright, General Manager, Nuneaton Signs, the supply chain involved with manufacturing reflective safety and traffic signage has as much to do with the staff as it does the end user.

At Nuneaton Signs, 70 per cent of the staff are disabled, leading Steve to re-valuate the production methods in order to best grow the business, improve capacity, and leverage the skills of his workforce. “We changed our supply chain totally from Nippon Carbide material, which is manufactured in China, to ORAFOL, which is manufactured in Germany,” he says. “We also spent a considerable amount of money on a digital printer to enable us to print permanent road signs.”

According to Steve, the sign market has driven the price of road traffic signage down over the past five years, and so investments such as an in-house printer serve to make the manufacturing process more cost-effective. The faster it can be produced, the better for end-users, and for business. “You also have to look at your environmental footprint,” says Steve, adding that sustainability is at the forefront of conversation for both copmanies and consumers today. The manufacture process previously involved products being manufactured in and shipped from China to Ireland, shipped to Northwest England, and then sent down to Nuneaton Signs. Now, products are shipped directly from Germany to Nottingham, roughly 45 minutes from their premises, cutting the distance by about three quarters.

The ORALITE® UV Traffic Sign Printer has been developed specifically for printing on the ORALITE® reflective sheeting, and the system also includes a special ink series, ORALITE® 5019 plus appropriate ORALITE® laminates.

According to Steve, choosing an Oralite UV traffic sign printer from ORAFOL was a simple choice. “Modern sign manufacture, especially in the traffic market, requires companies to be forward thinking and innovative. This print platform will allow Nuneaton Signs to digitally print sign faces conforming to EN12899.1:2007 quickly and economically. The use of digital print will dramatically reduce our waste compared with the traditional cut vinyl method of sign manufacture. Nuneaton Signs can comfortably predict a recycling figure of 98% resulting from the introduction of this new technology.”

While Steve and the team do delve into other areas of signage, currently the workload is around a “60/40” split between traffic signage and other commerical projects. Historically the way road traffic signage has been made is with cut vinyl, followed by what Steve describes as “lots of weeding and lots of waste.” This is eliminated with the digital printer, enabling the team to tackle even big projects such as large motorway signage.