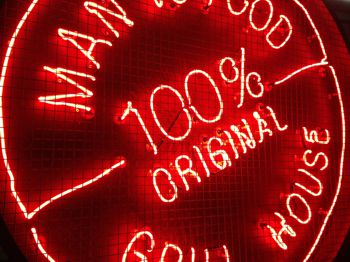 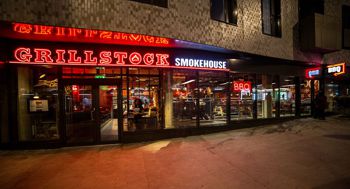 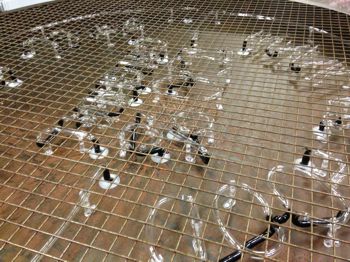 Logotech, one of the few companies in the UK that offers neon products, say that neon lighting has been a source of fascination for decades. The craft of neon glass bending has not changed since it began over a century ago, and still remains a rare skill to this day. They make high quality neon and cold cathode tubes for various lighting and display actions, and say they use only the finest materials from the UK and Europe.

They have two Masonlite bombarding machines operating in their neon shop, which has the benefit of being able to produce neon and cold cathode tubes quickly.

Explaining the appeal of neon, Mark Brown, one of the company directors, said: "Neon is bright, eye catching and in a lot of cases a work of art. Neon been around for so long that is has been enjoyed by generation after generation."

One family that shares its love of neon through their museum Gods Own Junkyard, is the Bracey family who's Chris Bracey was known as the Neon Man. He has a cult following around the around the world, and as well as the family sign business creating new neon art, the family have been collecting neon art for decades, much of which can be viewed at their site in east London. Chris passed away a few years ago and his son Marcus took over to run the 20 strong team that design, make and restore signs. For lovers of neon and vintage fairground lighting, it's unmissable.

From their website: "Chris has made, installed and collected signs that have appeared behind some of the greatest stars. Tom Cruise in Eyes Wide Shut, Johnny Depp in Charlie and the Chocolate Factory, Jack Nicholson in Batman are just a few that have appeared alongside the collection. Chris has collected these neon and bulb icons and salvages old neons and architectural advertising from the streets before they disappear forever. Repaired and resurrected, coupled with quirky art and powered up to shine like jewels of light. Icons in their own right, Gods own junk yard where neon never dies."

Logotech have been producing neon for 13 years and their glass bender, Ian Henderson, who is also a company director has been shaping it for 30 years. They acknowledge there are advantages and disadvantages with neon yet there's a huge demand for it. Mark said: "I would say some of the advantages of neon are the even light distribution, as opposed to potential spotting from LEDs; the colour choices that are available; and the way it can be manufactured to pretty much whatever shape and size you want.

"Disadvantages would be that it needs to be manufactured by a fully skilled tradesman, where as pretty much anyone can fit led; it's made of glass so it increases the risks of breakages and damage; and it is also generally powered using a high voltage supply. Although there is low voltage options now, which seem very popular for certain applications."

Some of their recent work includes producing neon signs for two restaurants, both of which wanted various ideas and designs manufactured from neon and rusted, weathered mild steel. Mark said: "There's no doubt, LEDs definitely have a place in sign manufacturing when it comes to illumination, but as a visual impact, neon just can't be beat."