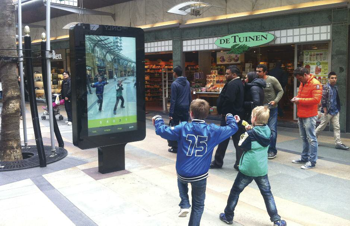 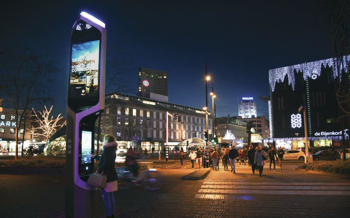 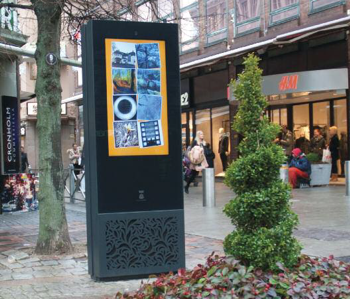 The Zytronic range of touch solutions are known for being remarkably durable and particularly responsive. Trusted by global organisations around the world, the company’s reliable products perform ‘24 hours per day, 7 days per week, and 365 days per year – year after year.’

Ian Crosby, Zytronic’s sales & marketing director had this to say on the current market…

Popular trends in large format touch screens used in digital signage often follow innovations in the smart phone market. Zytronic strives to quickly bring such useful innovations to self-service and public facing touch screen applications, such as street kiosks and digital totems. One example of this is force sensing, alternatively known as 3D touch. The approach used in phones and tablets can’t be deployed in thick, vandal resistant projected capacitive touch screens, so Zytronic created its’ own solution within the firmware of its proprietary p-cap touch controllers. This has many potential benefits including helping partially sighted users, as the kiosk can be set up to announce a selection on a light touch, which is confirmed by increasing pressure. Further possibilities include viewing wayfinding maps that zoom in as increased pressure is applied.

Digital signage is progressively becoming more interactive to tailor and target content to specific users and at Zytronic, we continually work to improve the user experience by adding new functionalities that enhance the performance of our p-cap touch sensors. Our new multitouch controllers enable touch screens to be designed with practically no borders, enhancing appearance and enabling the screens to be tiled to create video walls. A further feature of these new controllers is a higher noise immunity that allows technologies such as radio-frequency identification (RFID), near-field communication (NFC) and Qi wireless battery charging to be integrated immediately adjacent to them without impairing the normal performance of the touch screen. These technologies emit signals which can interfere with the operation of conventional projected capacitive touch screens.

Such advances are central to the roll out of Smart Cities that connect people and their cities by making information and civic services accessible in public spaces on a 24/7 basis. In each case, to ensure a userfriendly experience, it is vital that the interface used to connect with the user provides a reliable all-weather, responsive and durable interface.

Zytronic is supplying large format, uniquely designed touch sensors to system integrators for smart city installations across Europe, North America and Australasia. The all-weather reliability (unaffected by rain, dirt and ice on the screen), vandal resistance (touch detection through 10mm or more of toughened safety glass) and scalability (supporting up to ~95-inch displays) of its patented touch technology make it ideal for such applications.