Though it's difficult to pinpoint with absolute certainty where and precisely when it happened, whoever it was who first applied self-adhesive lettering or graphics to a vehicle would be fully justified in claiming that he or she had sparked a revolution. Until the advent of cut and applied graphics, the vehicle livery and graphics medium was, at one and the same time, propelled and confined by the creative and commercial potential that lay in the hands of signwriters.

Today, vehicle livery and graphics define a substantial market sector for sign and graphic producers to exploit. It's a sector that now has tendrils extending deep into further specialisations within new skill sets such as wrapping, or in application specific areas such as customisation and decorative markings. With the right skills, and the right technologies and materials, the sector can be among the most profitable of all the graphics markets, and it seems to thrive in whatever the strength of the economic headwind.

The creative potential embodied in a process that can deposit durable, highly conformable colour upon a microns-thin material which can then be coerced over every inch of a vehicle's body work is inestimable. The value of the output this process produces towers above other forms of output produced using the same materials and technology and it is always in demand. 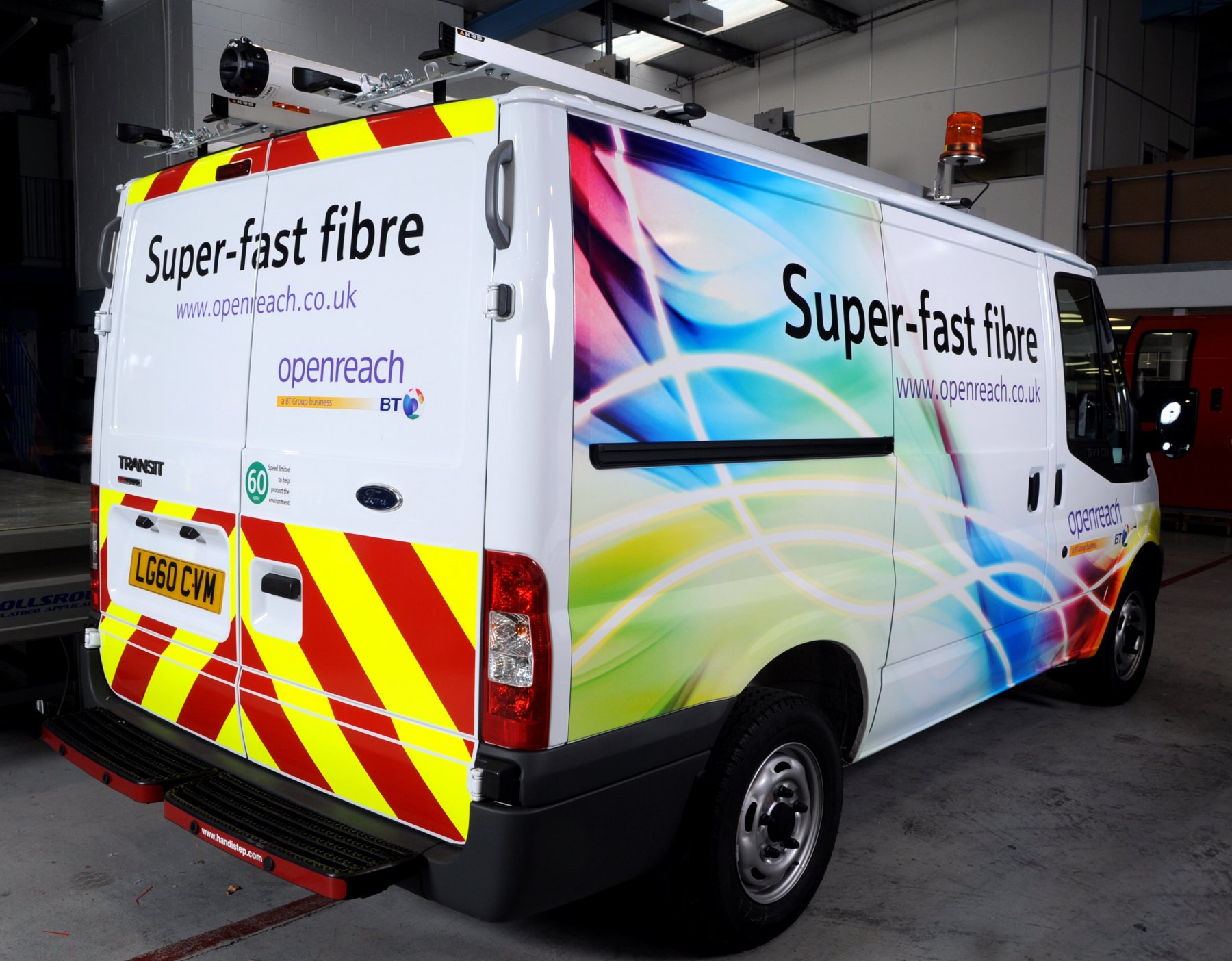 General sentiment in marketing says that goods and services, "things" if you will, are worth what people are willing to pay for them. The worth of vehicle graphics therefore is driven by the value of the impressions they create in advertising, or the extent to which someone feels that applied graphics benefits the object of grand desire, an exotic car for example. Clearly, vehicle graphics' production and supply, is more than just a costs-plus exercise. Also, the market is by no means confined to advertising and branding applications.

The Materials Company, Metamark, is responsible for designing, manufacturing and supplying the SignVinyl, Digital Media and Speciality Materials that underpin much of the creative potential that makes the vehicle graphics market such an attractive one. Metamark believes that, material technology advances, combined with application extending developments made possible by emerging hardware, are responsible for growing the market. The company has a point.

All it takes is an opinion leader to adopt something new in vehicle graphics, and the strength and pace of the market moving to adopt it too is surprising. A good example of this is applied finishes, simulated Carbon Fibre being a recent and notable case.

Carbon Fibre and other materials

Carbon Fibre, the real thing, is seen as an 'exotic material' that's used in high performance vehicles because it can be moulded to practically any shape, it's incredibly strong, and it's so light it's like holding an otherworldly ghost of some other material in the hand. All of these exotic credentials converge to one point - Carbon Fibre isn't cheap, then rapidly diverging to another - it's not widely available either.

Metamark was in the vanguard of companies introducing to the market a cosmetic applied Carbon Fibre material. Known to those who use it as Metamark MM-CF4, the film comprises a multi-layered construction featuring a highly textured facefilm that looks and even feels, for the entire world, just like the real Carbon Fibre it aims to simulate. The material is highly conformable and so is used to wrap anything from small components to whole vehicles. The effect it achieves is head-turning; the profit potential makes it worth getting to know.

Hampshire based Spectral Design has used the material to great effect on behalf of many of its clients. The company has used it to wrap bonnets and roofs and even undertaken interior detailing with the material on car dashboards and trim.

Metamark MM-CF4 material has become so popular that Metamark has introduced both MM-CF3 and MM-CF2 variants on the theme, one being a lower cost product and the other featuring a metallised carbon finish.

Wrapping vehicles in digitally printed media has often been characterised as a signmaker's greatest challenge. There's no doubt at all that there is a skill-set needed to do an accomplished job of wrapping a vehicle, but, says Metamark, it can be learned, and some materials are more cooperative than others in that process and in commercial terms.

"A lot of the materials sold for digital printing and wrapping today owe more to legacy methods of production than they do to today's digital means," say the experts at Metamark.

Vinyl that just happens to accept print doesn't necessarily deserve digital credentials. Material that's only marginally suited to digital printing may not perform at all well when it has to answer the demands of an extreme application like wrapping. That can make the already difficult job of applying material even more demanding and have a negative bearing on the durability of the finished job too. 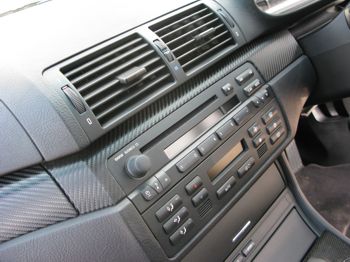 Among Metamark's flagship digital media is its well known MD5 self-adhesive vinyl. This product is evidently chosen and specified by printers and brands around the world and apparently distinguishes itself from other media in some key areas that benefit the production of vehicle graphics.

MD5 is what's termed a reference quality material. It's often used by, for example, printer manufacturers seeking to validate or test hardware performance. Crucially, Metamark MD5 has by any standards what most people agree is a huge appetite for ink. Because of this, it can fully liberate the printer hardware's colour production potential, or "gamut" and so deliver graphics with the vibrant colour and "pop" favoured by advertisers and by graphics specialists.

In use, MD5 is a very compliant material for vehicle graphics and, says Metamark, was designed to deliver benefits at every phase of an applied vehicle graphic's life. During printing, it delivers better quality. During application it's easier to handle because of its novel, Apex adhesive that builds to a powerful application bond but is easy to reposition when being applied. In service, the graphics retains colour and potency. When the graphic's end-of-life is reached, MD5 removes cleanly without a trace so saving time and considerable sums of money that would otherwise be spent on clean-up.

Vehicle wrapping presents many application challenges but one of the most persistent has been eradicated thanks to the advent of Metamark's MetaScape adhesive system. With a Metamark MD5 face-film and the new MetaScape adhesive backing it up, new MD5-A doesn't give trapped air a chance.

Metamark's advances in materials technology have demonstrated their worth in many high profile campaigns. Raccoon Digital in Edenbridge produced a notable livery for Foxtons using Metamark MD5 which was screen printed with customised inks because no solid colour was available and digital print couldn't reach it either due to technical limitations of the process. The custom coloured and printed vinyl was then applied to the cars' panel work and the result is advertising taken to a high art. Over three hundred vehicles were wrapped.

Thanks to low origination costs, digital print is the primary process used by most producers for most of the application livery work that rolls in the door. Three hundred strong vehicle fleets don't come along every day and most companies exploring the market will often be working with single vehicles.

D-Signs recently demonstrated how accessible and powerful the wrapping medium is by taking a single vehicle and wrapping it singlehanded using Metamark MD7. The vehicle was used by the Race To Recovery team, as seen on the BBC's Top Gear.

In design terms, the application of print to vehicles has no practical limit. Anything a designer can imagine can easily be realised. The other side of the coin is that anything that "anyone" can imagine can be realised too and this means work is highly variable. Good design commands a premium and expert application is judged in the quality stakes.

Printed and applied vehicle liveries are very often used for short term work such as promotions and advertising. Advertising seasons are often less than ninety days and this demands clean removal. Metamark says that this was a key consideration when it was developing the MetaScape and Apex adhesive systems. Wraps may enjoy their celebrity and there is no doubt, they can look stunning, but cut and applied graphics and printed component based livery and markings are still the most popular ways of producing vehicle graphics.

So-called dyed-in-the-mass or solid coloured materials are the staple ingredient in many liveries and graphics packages despite the advent of digital apparently heralding an end to their use. Metamark tells us, that, in its case at least the future of cut vinyl looks secure and that sales are strong in the category.

Metamark M7 is where signs and graphics producers turn when looking for potent self coloured materials that cut easily, weed reliably and apply with little effort in producing vehicle graphics. These materials trace their use to the legacy markets that pre-date digital but, in the right hands, they're being used to produce leading edge graphics that are very much a product of contemporary thinking.

Cycle sport has been in the news a lot lately and thanks to its work with Metamark M7 Vinyl, S and S Signs and Graphics has given Sigma Sport's vehicles an elevated profile among the sport's colourful entourage.

Familiarity with the medium suggests that a total, digital wrap is responsible for the crisp design's outcome, but the job is in fact a detail wrap with the red components being cut and applied, just like the rest of the livery's detailing. The job is an exemplar of technique with the Metamark M7 performing a job that would have once been the reserve of paint and today would really exercise the most experienced digital practitioners.

With a market as attractive as vehicle graphics, the temptation is to be driven to specialisation. On the other hand though, substantially the same skills and minor variation in material specification mean that even a modestly equipped company can participate in producing lucrative work across a whole spread of graphic applications with the only thing they may have in common being that, somewhere under all the high tech materials, is a vehicle you wouldn't otherwise look at twice.

Try before you fly, is Metamark's advice where vehicle graphics production is concerned. The company is offering Sign Update readers free sample rolls of any of its Digital Media, SignVinyl or Speciality Materials to evaluate. Samples ship the day they're requested from sales@metamark.co.uk.