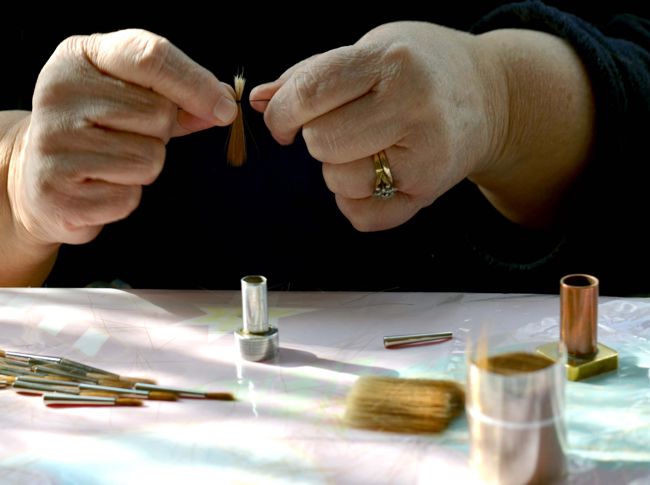 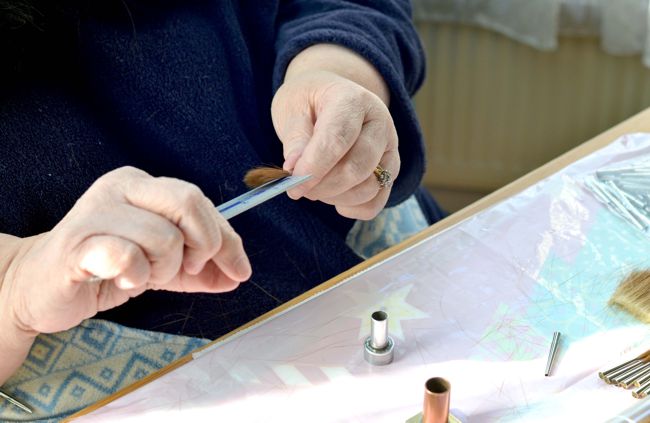 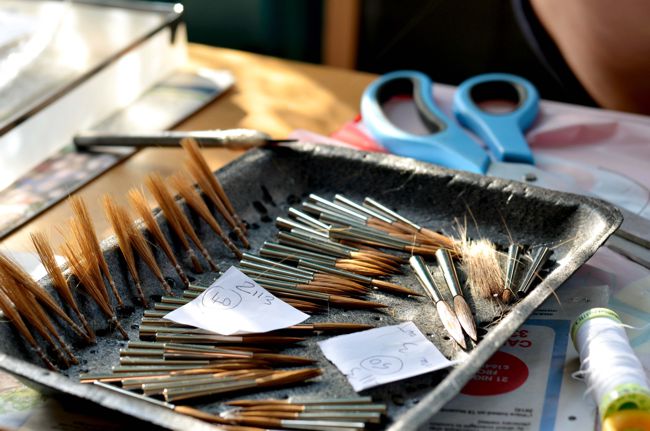 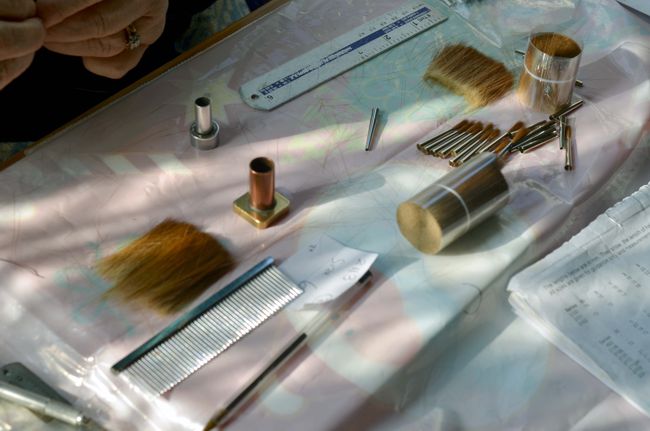 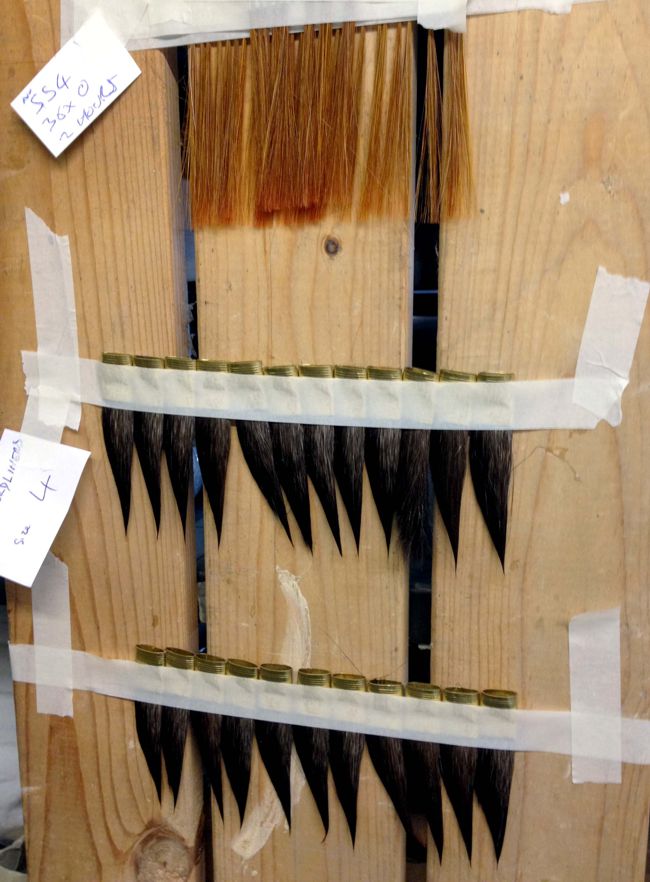 What hair is used in signwriting brushes?

The ideal fill for a signwriting brush would be a fine hair with a sharp point and plenty of spring so that it responds to the writer’s touch. It is also important that the hair is available in sufficient length (up to 60mm), holds together well and does not stick out at all angles like a bad hair day. The hair would ideally be tough to resist the effects of oil based paints and the associated solvents, and ideally would not cost the earth.

This does not seem too much to ask but unfortunately there is no single hair that meets all these criteria. Readily available and inexpensive hairs (around £25 per kilo) include bristle (from pigs) which is long and tough but does not have a point which would make it impossible for the signwriter to obtain a sharp edge to his or her letters. Pony hair will not come to a point or hold together and has very little strength or spring. Ox hair is also relatively cheap at around £200 per kilogram and was widely used until the 1990s for rougher or larger work as it represents a halfway house between bristle and the fine hairs such as squirrel and sable.

These latter two hairs have been the mainstay of signwriting brushes since the craft first developed. Squirrel hair is widely used in North America. It holds together nicely and comes to a fine point and at around £1,500 per kilo is not too expensive. It does, however, have little or no spring so will not follow the hand nicely when painting, for example, an ‘S’. Most British signwriting brushes have been made with sable over the years. This hair has all the wished-for characteristics noted above but it is very expensive, currently selling at over £6,000 a kilogram, a cost that is currently increasing by the month. It also needs to be cleaned and cared for religiously if the hair is not to become brittle and break off.

In recent years, synthetic “hairs” have improved to the extent that they now offer a reasonable alternative for many applications.

How long does it take to make a signwriting brush?

This varies with shape and size but, with hair that has already been dressed and cleaned, it should be possible to make around 24 in an hour.

How long does it take to learn how to make a brush?

Apprenticeships for artist brushmaking used to last five years and it certainly takes that long to be able to make a top quality brush at a commercial rate.

How long have A. S. Handover Ltd. been making brushes?

Mr. Handover started the business around 70 years ago. The daughter of his first brushmaker still works with us and we have other brushmakers who have been with us for well over 30 of those 70 years. 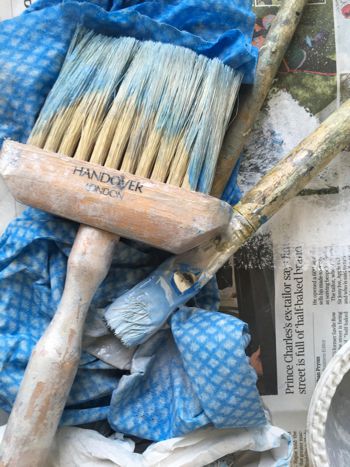 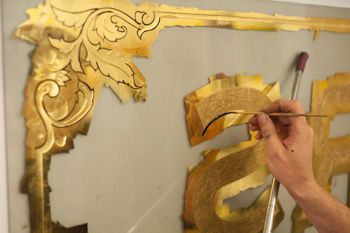