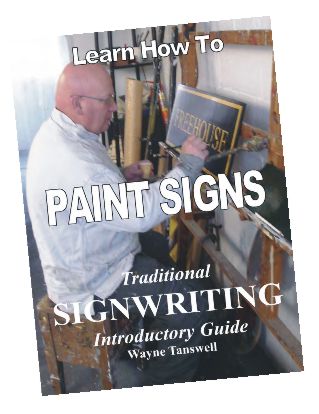 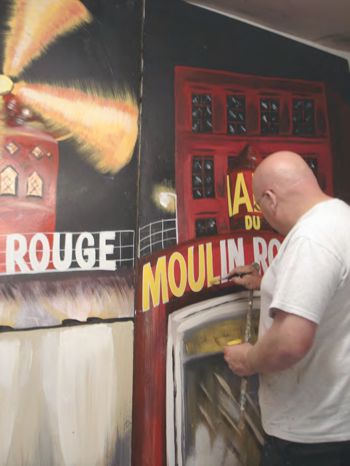 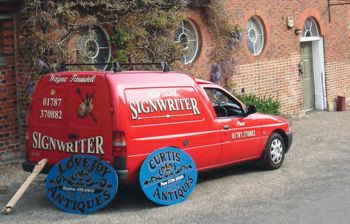 Traditional sign writing with paint and brushes may appear to be a dying art but one man working to change that is Wayne Tanswell.

Wayne has been a traditional Signwriter for almost 30 years and wants to share his knowledge and pass on the skills. He runs sign writing workshops, was featured in quality brush manufacturer A.S. Handover of London's film 'Learn Signwriting Volume One' in the 1990s and published his first book 'Learn How To Paint Signs - Traditional Signwriting Introductory Guide' earlier this year.

Wayne started off as a trainee Signwriter after leaving school and quickly learnt from experienced signwriters who were then still working in traditional methods with paint and brushes.

"Many people including lots of signmakers want to learn these traditional skills but getting hold of information can be difficult. So many people contact me and say that when they ask signwriters questions, the answer they usually get is 'it's a trade secret'. I found it impossible to find any tuition or reference books on traditional signwriting but if the knowledge isn't shared and skills taught, there won't be anyone doing it eventually. I'm in my forties and am now one of the younger signwriters," says Wayne.

"It would have been an advantage if I had been academic or attended art school but I didn't. However, I was determined to learn, which meant making some mistakes, regularly using the dictionary, learning to be observant and looking at various signs for inspiration on design."

This determination paid off and today Wayne has established a niche in the sign industry and earned wide respect for his artistic skills and traditional methods. Wayne's talent has taken him all over the UK, painting classic vehicles, boats and historic buildings, producing signs for pubs, hotels, holiday venues and even working on projects such as songwriter Chris Rea's video "Go your own way" in the early 1990s.

"Traditional signwriting has given me the opportunity to work in some beautiful and interesting locations, both urban and rural and it's important to pass on the knowledge of these skills to the next generation," says Wayne. "Since the introduction of computer cut plastic signs in the mid 1980s these ancient skills have become even more specialised because sign companies no longer train people how to use brushes. The purpose of my book is to pass on my knowledge to people of all ages and painting ability."

Learn How To Paint Signs - Traditional Signwriting Introductory Guide is an introduction level for beginners to signwriting and is the first in a series of three books Wayne is working on. It is dedicated to his late father Derek Tanswell who always encouraged and supported him.

For contents listing or to commission a Wayne Tanswell sign, go to www.waynetanswell-signwriter.co.uk or telephone 01787 370882.