Log in
Tweet
With just over six months to go until the exhibition, Sign & Digital UK 2009 is filling up fast with over 80 per cent of the floor space already taken up. Demand for space has beaten all previous records and exhibitors already signed up for the show include Hewlett-Packard, Roland DG, Robert Horne Group, Hybrid Services, Hexis, Spandex, William Smith, AXYZ, Fujifilm Sericol, and many more...

"Sign & Digital UK is the only UK trade show within the industry that has ABC independently audited attendance figures. Official ABC visitor figures for the 2008 show was at 7,645 visitors, with an overall attendance figure of 9,048 including exhibitors and press. Demand for space for the 2009 show has been fantastic and we recommend securing one of the remaining stands as soon as possible if you don't want to miss out" comments marketing manager Alan Caddick.

Brett Newman of Roland DG concurs "Each year the show continues to be a success, attracting exactly the type of audience we need to be speaking with. Within the first twenty minutes of the first day of the 2008 show we had made a significant sale. This clearly demonstrates why the show is such an important event and is the reason that we come back year on year." 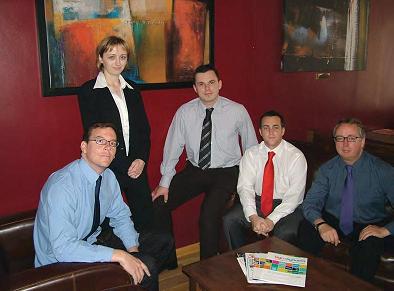 Sign & Digital UK works with you all year round to make the most of your investment, and deliver the best show possible. Exhibitors can take advantage of a huge number of perks such as a free direct mail service, use of the shows PR agency to promote activity, free entry into the exhibition guide, post-show visitor data selection, free email shots and much more. Visitors to the show meanwhile will benefit from being able to see the largest, most diverse collection of suppliers unrivalled anywhere in the UK.

So make sure that you get in touch, make suggestions and play an active role in making Sign & Digital UK 2009 the best one yet! We look forward to hearing from you.