Log in
Tweet
In response to strong growth in the Irish market, Roland DG (UK), a leading manufacturer of eco-solvent wide-format inkjet printers, engravers and 3D prototyping products has announced the integration of Roland DG Ireland into its operations. 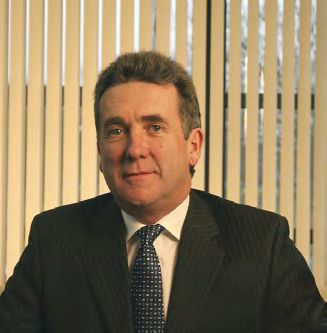 Roland DG Ireland previously existed as a sales and service team operating from offices within the Roland Music headquarters in Dublin, but will be based in new dedicated premises, details of which will be announced shortly, where it will also have state-of-the-art demonstration facilities. The integration with Roland DG (UK) means it now has access to the UK operation's well established and substantial infrastructure, which will help it to meet the increasing demand for training, machinery and associated consumables from its large and growing customer base in Ireland. It will also ensure that service levels remain high as Roland DG Ireland seeks to maximise its share of the market.

Said Jerry Davies, Managing Director, Roland DG (UK): "Roland DG Ireland's customer base has grown to the extent that its requirements will be better served by a higher level of dedicated service and support, which is exactly what it will get as a result of this integration. Roland DG Ireland's already successful team has been ably led by Dave Rainsford, General Manager, Roland DG Ireland. They have intimate knowledge of the market and its nuances and have developed some very strong relationships over the years. Now with the backing of the UK operation, they are well equipped to build further on their success."

Operationally, Roland DG Ireland will have the added support of the UK's marketing team and will benefit from improved logistical efficiencies when shipping products from Japan, where they are manufactured. It will also be able to enhance its technical expertise with support from the UK's product management teams across its range of wide format inkjet printers, printer/cutters and engraving machinery, as well as the highly specialist laser scanning and 3D modelling sectors.

Concludes Jerry Davies: "Just as in the UK, Roland DG has a strong claim to being the market leader in Ireland, with an install base numbering in the thousands. We're very pleased to have the Ireland operation on board as we fully expect this to grow and both the Irish and UK markets can look forward to some very exciting developments that are currently in the pipeline."