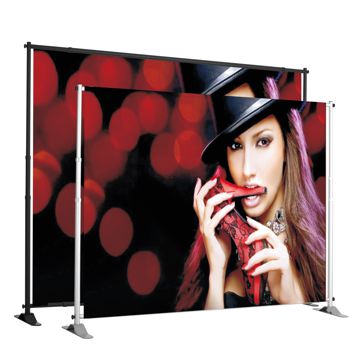 Tider, who supply products such as PVC banners; inkjet media and textiles; and displays to the sign market in Europe, have launched their range in the UK. According to them, since September 2013 they have begun to make a big impact on sales in the UK market.

Tider is 'constantly expanding' its range. It specialises in product search and development for the sign market sector. The company has a logistical base in China and its experts there carry out the task with 'great skill and knowledge'. Quality control is present at every stage of production, to guarantee 'quality' and meeting the safety standards of REACH.

In 2006, Tider was established in the Netherlands, and the company has come a long way in the seven year period that followed. Despite fierce competition, Tider's market has 'expanded considerably' throughout Europe. All Tider products are imported directly by the company and are distributed directly to the print, sign and advertising field. This enables Tider to offer an 'unbeatable pricing strategy' to the market.

Tider says: "We intend to become a major supplier for sign makers in Britain as we have already done in the Netherlands, Belgium, Germany, etc. We have built up a respected name in the business in Europe and our reputation is our calling card. All the signs are good and we know that with our particular mix of talent and hard work that British clients will profit from our success and imagination."

According to Ms. Sophie Jiang, Director of Tider, the company has various products which, their research has found are especially popular in the UK, such as Rollup TC-5, PE Banner TP-170 and PVC Banner FT-440.
www.tidersign.com