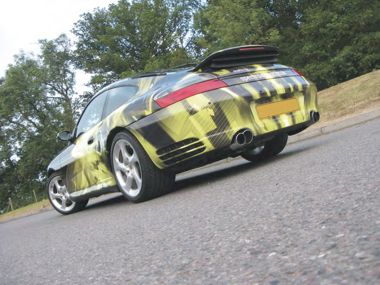 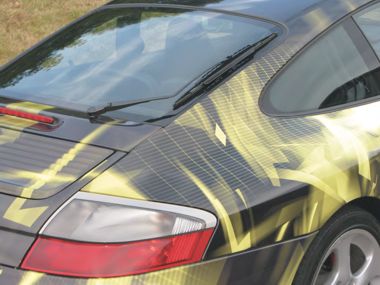 You don't need to look twice around Spectral Design's car park to conclude that its Managing Director has a taste for cars of the faster than average variety. In pole position, sits a Porsche 911, and not just any 911, it's the 4S variant. Add to the full strength and long established Porsche formula a drive train that turns all four wheels and you have a recipe for traveling incredibly fast in total control. It's a car that's built to explore the very limits of its own engineering, its driver and anyone competitive enough to throw down the gauntlet.

The car is ridiculously over specified for driving on the public highway as its owner, Lee Glen agrees. The point of owning such a beast though transcends the purely practical and takes car and owner on the occasional pilgrimage with Spectral Designs other enthusiasts to Germany's Nurburgring: 13 miles and 73 corners of truly unique race track designed to expose the limits of man and machine.

Lee's 911 4S turns heads as fast as it turns corners and could get a speeding ticket when it's not moving. Deciding to turn up the car's already elevated presence for its latest outing to the Ring, Lee designed and produced a printed wrap that resonates strongly with Spectral Design's own corporate look and feel. With its gridded elements and abstract continuations, the wrap presented a range of technical challenges both in design and application.

Despite the fact the wrap was only ever intended to last a week or two, Lee elected to use Spectral's preferred media, Metamark MD7 and its matching MG900 laminate for the job because of its print quality and tolerance of elongation in any axis. The muscular proportions of the car and the gridded continuations of the design explored the limits of the media's elongation ability but it came through intact. With the benefit of recent training at Walsall College using the same Metamark material, Lee was able to coerce the Grenadier printed Metamark MD7 over the car's massively flared arches and its tight waist without resorting to the scalpel or introducing abrupt distortion into the applied design.

According to Lee, the job took time and was anything but easy. The results though are a sight to behold. The wrap that was designed just for the outing to the Ring is still on the car now, months later. The car now attracts more than wistful looks, it attracts work for Spectral Design. Lee is used to finding like minded enthusiasts stood next to his car when he returns to it and to pointing its admirers in the direction of his own company when the conversation inevitably turns to the subject of the wrap and the question;

"where can I get a job like that done?"