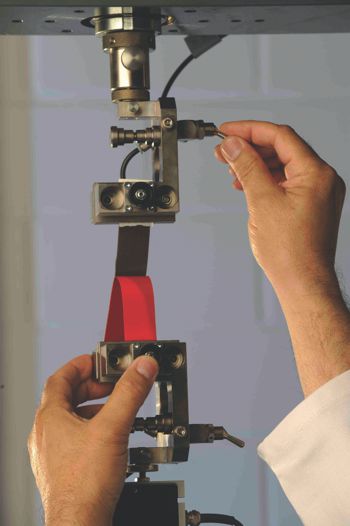 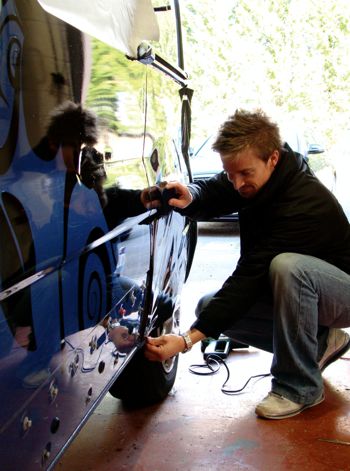 Adhesive is probably the last thing on your mind when you're selecting media and materials but it's all that stands between a successful job and its failure.

Perhaps understandably, materials' adhesives don't get discussed much and are rather taken for granted. The Materials Company, Metamark, however has, as a planned component of its continuous innovation and product improvement strategy, introduced a range of novel developments in the field which are said to have resulted in materials which not only do more, but do it more reliably. The materials are much easier to work with and genuinely boost productivity and save money. Metamark calls the new adhesive system that underpins these advances, Metamark Apex.

Metamark's media and materials have always demonstrated a useful degree of tolerance to repositioning, but the Apex system apparently widens the performance envelope even further. The initial bond is man enough to fully deliver the degree of primary adhesion needed, but it's a bond with a noticeably different quality. It allows the product to be removed without introducing excessive elongation into the face film, and then be repositioned with a degree of tack that's unchanged by the repositioning experience and which builds to a class-leading ultimate bond across a range of substrate types.

The accomplishment of controlled adhesion that characterises the Apex development was won via some landmark developments in adhesives chemistry. A fully cross-linked single component formulation forms the product's DNA, and produces benefits beyond class-leading repositioning ability. A raft of testing backs up the development.

Quantitive improvements also characterise Metamark's Apex advance. In taking a representative profile of application surfaces from the truly inert, via automotive topcoats, and into the sphere of a-polar or low energy articles, Metamark's Apex system produces measurable adhesion improvements on them all. The returns are obviously bigger on some surfaces than others, low-energy plastics being among the smaller, but automotive top-coats are among the most improved.

Another need that's well documented in Metamark's Apex development plan is concerned with removal of the applied graphic. Cohesion is as critical as adhesion.

An increasing percentage of digital output in particular, is destined for promoting something during a short-lived advertising season so it must remove easily, without a trace, leaving a clean surface for the follow-on campaign. Apex puts ticks in these boxes too, says Metamark. The product removes entirely, that means the face film and adhesive remove as one, leaving just a clean, application-ready surface.

It sounds as though Metamark has put everything it knows into Apex but the company also has a word or two concerned with what it left out. The evolved chemistry that is Apex exists minus certain co-solvents that are now replaced with more environmentally responsible components. Even the IBC one-tonne containers used to move the adhesive from storage to the coater head are reused says Metamark.

Apex will be introduced on a rolling basis and may already be on a roll of Metamark material on your shelves. Most Metamark products are destined to feature the new adhesive.