Log in
Tweet
It is sometimes easy to ignore the second hand market when considering upgrading your printers. At first look this is understandable as ink jet printers are complex machines and you don't really know a printer's history when buying second hand. However, in the current economic climate we think it would be a mistake to ignore this market, particularly when you have offerings like those from Josero.

Josero has recently invested in second hand printers, which are available via its website. The printers on offer are listed within a new section of the website, along with prices. At present most are superwide printers but it's with these printers that the most significant savings are to be had. The printers on offer from Josero are all fully refurbished, and come with a one-year parts and labour warranty. 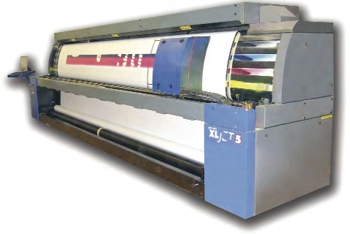 So, why should you consider buying a second hand superwide printer from Josero? There are many reasons.

Whilst the superwide market has come a long way over the past decade, for about the past four years print quality has remained fairly stable with the biggest improvements being in terms of speed. If you're looking to upgrade from wide format printing you'll see such an increase in throughput that the actual speed of your superwide printer won't be too much of an issue.

It is also fair to say that the build quality of the mainstream superwide printers has been excellent for a fair number of years now, in fact a printer less than about three years old could hardly be seen to be more than "just about run in". There are obviously perishable parts on every printer, but once these have been refurbished or replaced the printer will be as good as new.

Another major advantage of buying a second hand printer is that you'll avoid beta testing it for the manufacturer. It is not uncommon for the first few of any new model of printer to have teething problems with the hardware or software. By the time it gets to be second hand the software will have been updated and the small hardware modifications will have been done.

Of course you could still go for a new printer if you've got money to burn but with new models costing between £100,000 and £200,000, you are talking about a significant investment. Buying a virtually new printer through a reliable source like Josero will save you around 50%, as well as provide you with a one-year labour and parts warranty.

Take a look at www.josero.com and you could be amazed at the money you can save. Alternatively, telephone 01954 232564 or email info@josero.com to find out more.