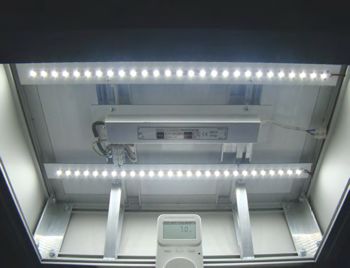 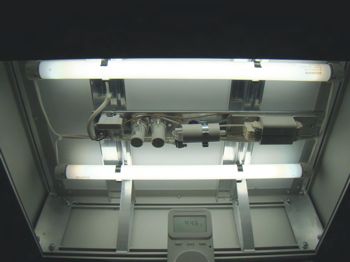 Curious to know how the different LED systems for back-lighting sign boxes compare? Insight Sign Systems, supplier of the Lumirescent system wanted to know how its system stood up against the opposition, and conducted some tests.

Sign cases at 510 x 400 mm, manufactured for each system to be tested in, were fitted with a white painted stucco backing. Lux readings were taken without panels, with perspex panels and also with panels of a special polycarbonate intended for LED back-lighting. Photographs were taken in all areas of testing.

Fluorescent is still sufficiently more cost effective than any of the LED systems for initial purchase. The cost of the QuarterLites with drivers was almost 10 times that of the fluorescents with drivers. One area where LEDs won out substantially however, was electrical consumption. For example, the case housing fluorescent lamps consumed 44.6 W in total, whereas that of Lumirescent Medium consumed only 7 W in total, so a fair saving in running costs.

Full results of the tests carried out can be viewed in PDF format on Insight’s website.

“Tests will be on-going,” comments Richard Rinn, managing director of Insight. “All systems will be operated 12 hours per day, 365 days per year, with lux readings taken each week.”

Insight also welcomes anyone to suggest further comparative tests, or to visit the Insight factory to see for themselves.

For further information call Insight Lighting on 0141 774 5990 or visit the website www.insightsignsystems.com 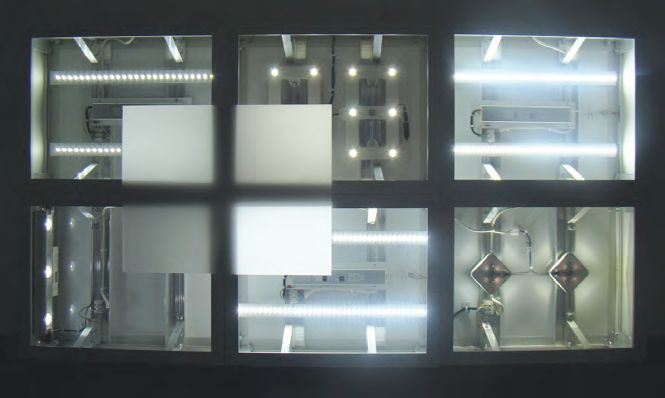