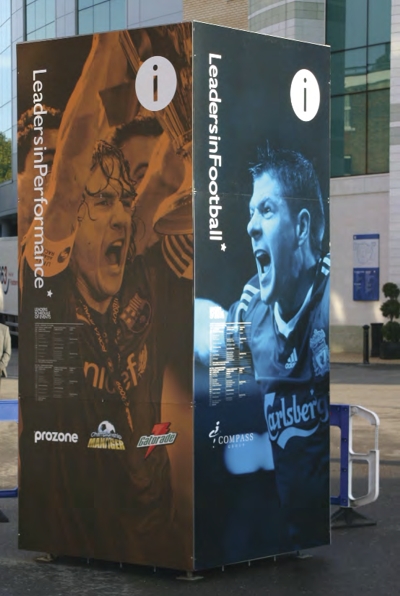 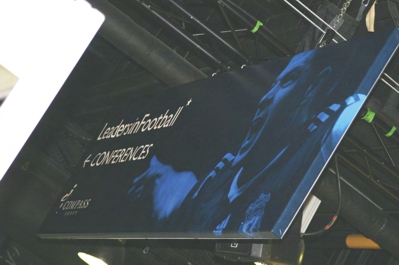 Icon has been appointed the Official Signage Partner for the forthcoming international business event, Leaders in Football. The event, which brings together the most influential organisations and individuals from world football, provides a forum for them to discuss the future direction of the game both on and off the pitch.

With Icon having delivered the signage and branding programme for the FIFA Confederations Cup South Africa in June, this is the perfect opportunity for the internationally renowned company to showcase some of its recent work. This has included a three year contract with UEFA to deliver the event and sponsor branding rights for the UEFA Under 21 Championships 2007 and 2009, Euro 2008, and the Women's Euro 2009. Looking forward, Icon Middle East will also be designing and installing branding, wayfinding and signage solutions for the forthcoming FIFA Club World Cub in Abu Dhabi in December as well as the Qatar Stars League, starting in September. Icon will also be very active in South Africa around next year's World Cup matches.

Andrew Hodson, sales and marketing director for Icon, explained more about the company's work. "Icon is delighted to be a part of Leaders in Football, which presents us with the ideal platform to promote our market-leading global capabilities in major event and venue signage and branding, as well as our latest venture into international event production."

Leaders in Football is being hosted by Chelsea FC and delegates to the event will have the opportunity to see examples of Icon's wayfinding and branding work all around them at the stadium. Similarly innovative signage solutions have also been installed at Lords, The Oval and Edgbaston as cricket starts to realise the true commercial value of its game, and Icon's expertise is now in demand as far afield as the Ukraine, where Icon Germany has provided consultancy to FC Shakhtar Donetsk's new Donbass Arena.

Organisations wanting to know more about Icon's signage solutions along with its capabilities in media launches, pr events, roadshows and special projects should visit the company on Stand No 8 at Leaders in Football.

More information about Icon and its range of products and services can be obtained by visiting the website, www.icondisplay.co.uk or tel: +44 20 8302 4921.