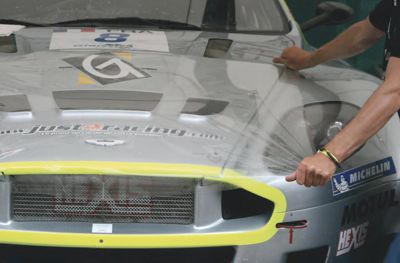 Hexis S.A., the manufacturer of self-adhesive vinyl with headquarters in France, has been named official graphics supplier for the FIA GT Championship, the FIA GT3 European Championship and the GT4 European Cup during 2009.

Thus Hexis supplies all the display materials used at these events including pit panels, car stickers and many other items. This represents over 4000m² of plastic sheeting per year. This strengthens the relationship between the companies, Hexis Racing being a leading competitor in the FIA GT3 European Championship, their drivers having finished second in the Championship last year.

Hexis manufactures a full line of graphic vinyl and digital printing media used for sign making and vehicle markings. The company is based in Frontignan, near Montpellier, France with subsidiaries in Germany, Italy and the United States and with affiliate Hexis companies in the Netherlands, Switzerland and the UK. The group exports 40% of its turnover to some 40 countries worldwide, while enjoying sales of EUR 40 million in 2008.