The London ExCel Centre played host to the biggest and brightest names in the print and signage industry last month, welcoming visitors and exhibitors from all over the world at FESPA 2013.

FESPA 2013’s “Destination London” theme provided exhibitors and delegates with a boarding pass upon entry, allowing them access to the 63,603sqm space that housed booths from the biggest names in print from around the world.

An estimated 23,000 visitors passed through the exhibition halls over the five-day event, with 50 countries being represented through exhibitors. The highest representations were from the UK, with Germany, the US and France close behind.

The European Sign Expo also took place from June 25-27, allowing visitors to see the best in conventional signage as well as the newest innovations in digital signage and media.

“We thought it was a fantastic experience, it gave us the opportunity to speak to potential buyers from literally all around the world,” said Janice Fairfield, Fairfield LED. “We had tremendous interest in the LED Light Pocket, with many people telling us they had never seen anything like it before in their lives. We also saw a huge interest in our digital signage range as we were one of the few companies offering a total package, and we were able to help people who had never used digital signage before put together a complete package for their company needs. 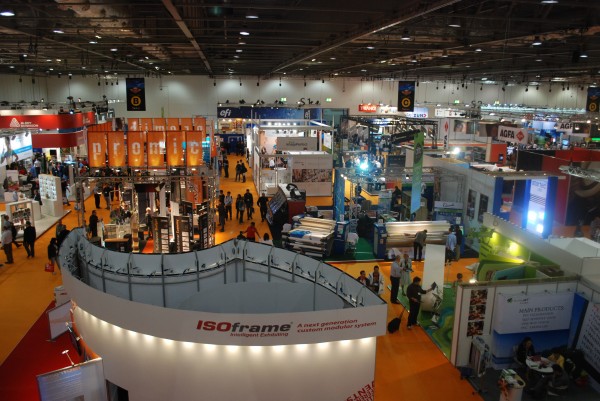 By all accounts, FESPA is set for an even bigger 2014. It was announced that HP would be the sponsor of FESPA Eurasia, a debut event that will take place in Istanbul from October 3rd-5th.

FESPA Munich 2014 is also off to a “flying” start; over 50% of the space has already been sold, and increased floor space is likely to be released due to the event’s high demand.

But aside from news related to upcoming events, perhaps the biggest news out of London was the inauguration of a new FESPA president, Lascelle Barrow. Barrow is FESPA’s 15th president, and it is his second three-year term at the helm.

“I’m immensely proud to be given the chance to serve Fespa as President for a second time, and to be taking office here in London, my home city, mid-way through a phenomenal FESPA exhibition,” he told the crowd at the glittering gala on Thursday evening. "As printers, we face many positive opportunities; to celebrate print’s role in a multichannel environment; to continue to embrace digital, both as a production technology and as a complementary medium to print; and to reap the benefits of being part of a connected and creative global community."