A major Continental Europe supplier of technically advanced LED systems to the sign industry, Majert has now introduced its Chiplite LED solution to the UK market. 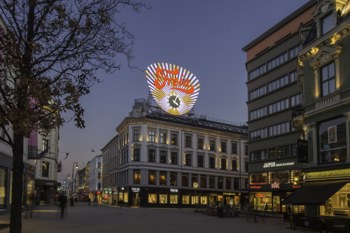 Following exhaustive product testing, Chiplite LED modules have proved their ability to provide a high level of performance and reliability when used in any global location and under extreme temperature fluctuations (typically -40 up to + 85 degrees Celsius). They are also CE-approved and RoHS-certified.

The Chiplite X-Series comprises six models, each of which is configured to accommodate different illumination requirements and all of which benefit from a protective IP65-rated housing for optimum safety and reliability.

With the CL-XM model, even the most difficult-to-fit corner or serif requirement can be met due to this particular model's compact size. The CL-XO model is fitted with wide-angle lenses, enabling built-up letters to be evenly illuminated from a depth as small as 30mm, a feature that will appeal particularly to sign makers.

Recent successful Continental Europe installations have included the illumination of a 10 metre-square corporate ID sign at a prime location in Oslo and re-branding of the German CommerzBank.

These have now been augmented by signage projects in the UK, including external signage at Westfield Stratford City (the largest urban shopping centre in Europe) and use by Signbox in the refurbishment of its renowned Springflex sign system that has led to huge savings in energy and greatly enhanced illumination.

The Chiplite LED system is backed by powerful and comprehensive performance warranties, a large stockholding capability and 24-hour delivery.