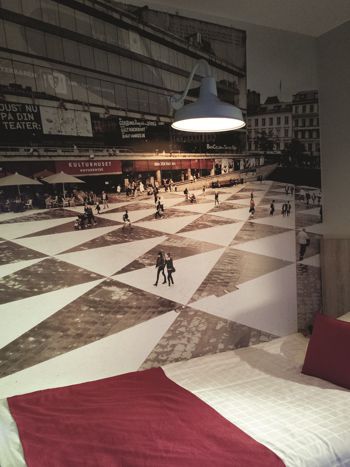 ASLAN Ultra Tack, the established digital printing film by the German manufacturer of self adhesive films, is also available in a matt version.

The polymeric self adhesive film UltraTack matt ASLAN DFP 08 with an outdoor durability of seven years, has a "very strong adhesive". So it is perfectly suited for all long-term applications on challenging “hard-to-stick” surfaces, says ASLAN. These include non-polar surfaces such as rough or uneven areas, as well as low surface energy materials, such as wall decals or plastic waste bins.

The matt film provides an "optimal" solution for applications in places where reflections need to be avoided. The film’s finish blends well with matt colours as they are used in UV inkjet printing. Due to an especially strong initial adhesive tack, the film can even be applied at low temperatures down to 5° Celsius (41° Fahrenheit).

A double-sided PE-coated silicon liner makes sure that the film has a high stability against
moisture and warm temperatures and "guarantees a brilliant print result". The UltraTack matt ASLAN DFP 08 is printable with all major inkjet systems.