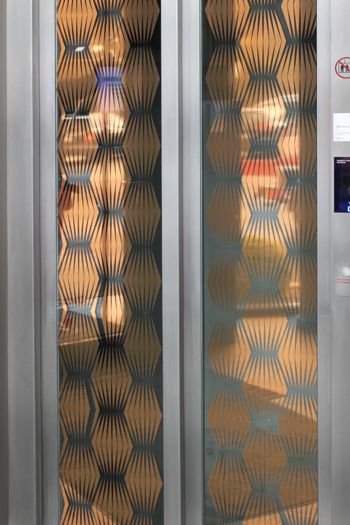 The design trend for copper has been taking over the world of interior decoration for some time now, according to ASLAN. The metallic sets 'warm accents, adds elegant details and in addition to being timeless, it is absolutely on trend'. Whether it is incorporated as a main design element or just as an accent, the copper look creates 'depth and a refined look'.

ASLAN has expanded its metal effect films MetalEffect ASLAN CA 23 with another product; next to the existing self-adhesive film in brushed copper, a glossy copper shade completes the range. The copper film is suitable for exclusive writings and decorations on shop windows; mirrors and dividers; as well as the stylish design of lampshades and pieces of furniture.

The new, glossy film 'impresses with its homogenous appearance'. Applied onto an even surface, the film is completely smooth with a mirror-like effect. Thanks to the same glossy effect on both sides, the film guarantees a 'glamorous' look even when it is applied onto glass. With a thickness of 50 µm it is especially easy to handle. Their extensive range of self-adhesive metal effect films offers various other effects and colours.