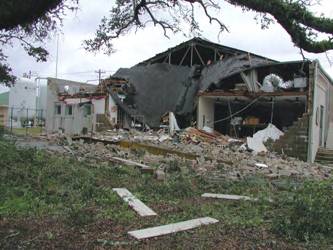 It takes a certain spirit to give up a lucrative career and dive headfirst into a new industry, but that's exactly the scenario that gave birth to one of the top U.S sign companies.

Classic Design and Manufacturing (CD&M) near downtown Pensacola (previously known as Classic Sign & Mirror), opened 22 years ago by Michael Sheehan. At the time Mike was a licensed aircraft technician in Louisiana for a company that leased helicopters to the oil industry. However Mike wanted to break free from his job and to take his hobby as a sign maker to a commercial level.

Mike's background in aviation came in handy in the "everyday" inner workings of the business and allowed CD&M to appreciate the newest, state-of-the-art technology including ArtCAM, artistic Computer-Aided Design and Manufacturing software (CADCAM) from Delcam, based in Birmingham, England. 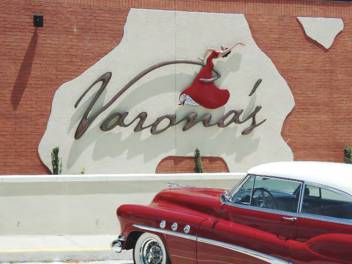 "We were one of the first ArtCAM customers in the U.S. because I knew straight away that it was so much more than just a design product. It's the output to whatever you're going to make from the beginning to end. It's the whole package."

Mike began changing the business's focus towards manufacturing when a hurricane hit, leaving total devastation. However, Mike saved a lot of his own frequently used shapes, symbols and logos in ArtCAM by using the Relief & Vector Library, which allowed CD&M to continue producing quality designs quickly, even in a reduced capacity.

"Good comes out of everything." Mike said, "With ArtCAM we were able to expand upon the products and services we offered as well as it being a big part of rebuilding our facility."

One project to benefit from ArtCAM was the Varona's sign. "To create the Flamenco Dancer I first did a quick clay model to work out the flow of the dress.

"Using the clay model and the logo provided by the customer as a visual aid, I modelled the dancer in ArtCAM. Some people start with a sketch but I prefer to work with clay. Even if I was carving these with chisels I would still make a clay model."

Once happy with the model Mike created and exported the necessary toolpaths to machine the piece and then added the finishing touches by hand. 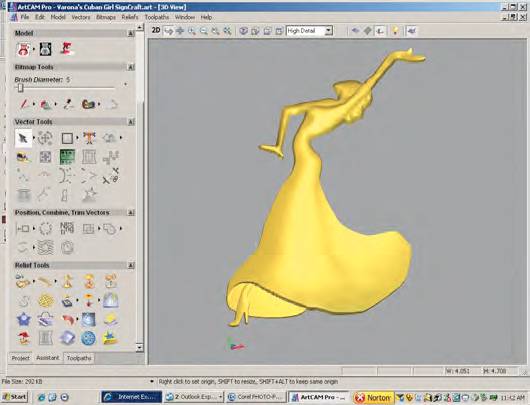 Backed with 30 years of CADCAM development experience Mike feels confident in his ArtCAM investment. Mike said, "Delcam have implemented many changes that I have suggested over the years and continually brings out features that people feel are important to improving the software."

For further information on the ArtCAM software please visit: www.artcam.com or for details on CD&M visit www.classicsign.com