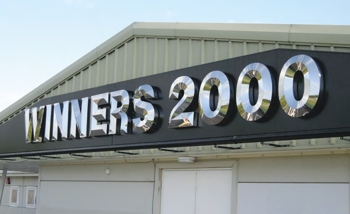 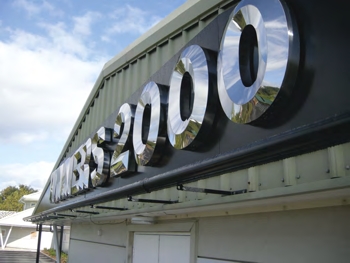 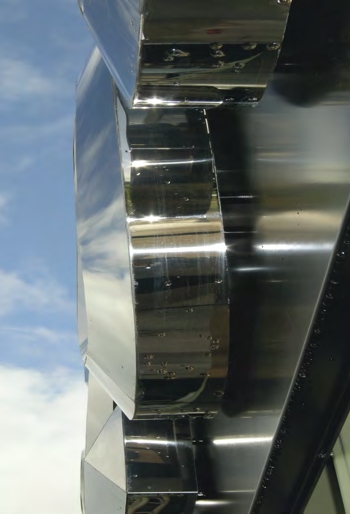 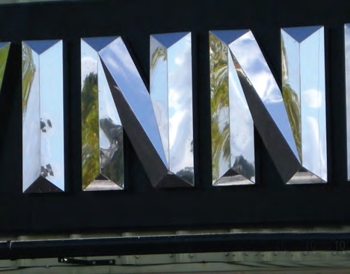 This striking new signage features on the new Winners 2000 gym that opened on Newton Abbot Racecourse in Devon during October.

Jason Edwards of 5StarSigns created the letters at his workshop in Torquay for a regular trade customer. With more than 20 years experience making signs and working for some of the leading European sign manufacturers, Jason set up on his own a couple of years ago. He's now built up a nice little business, using his expert skills to specialise in hand built letters and logos in a range of materials, along with what he describes as "tricky jobs".

"When I got the brief I knew it would be bit of challenge because of the length of time since I'd done this exact work, last time was EuroDisney some 20 years ago; but I also knew I could do a very good job and was looking forward to it," says Jason.

"These letters are special because they were created by hand, using a bandsaw. I made a template for each letter, calculated the centre which would be the letter's apex; then I formed and shaped each letter and returns by hand."

The front facing bevels and side returns were then mirror polished. The finished letters are 750mm high and 80mm deep (120mm including apex). They are located close to the building's roof and face the M5 motorway, up-lighting enhancing the chiselled bevels at night.

"I've just finished 130 letters for Spa and a mix of general sign work and one off projects are coming in on a regular basis, so I'm kept busy and haven't suffered from the recession yet," says Jason.