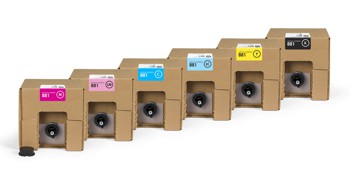 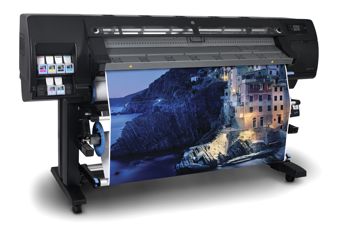 John Draycott, Marketing Manager at ArtSystems, reveals the role that printers will play in 2014 will strive to help sign makers save time, reduce cost of ownership and utilise more advanced inks.

As a trade reseller of HP Latex inks and printers, ArtSystems has seen the diversification of trends in the sign and display industry call for more advanced printers to work with a wider range of inks. “We’ve seen a great deal of growth over the last two years for HP,” affirms John. The HP Latex ink technology printers saw their first generation launched in 2009, with the updated range released in 2011. In conjunction with the HP Latex inks, these printers have enabled many businesses to increase productivity due to vastly reduced turnaround times. “There’s no out-gassing from latex, so prints can be taken straight out of the printer and either laminated or applied to the job in question,” says John. “Sign makers using HP Latex can not only win more business, but can develop new applications areas for their business.”

But going into 2014, there will be yet more development for the brand, which will strive to make life even easier for sign makers by means of consolidation. Rather than having multiple printers to deal with one specific application type, the goal for HP going into the New Year is to create advanced printers that can handle multiple application types with one machine.

According to John, there will be new products across the whole wide format spectrum in 2014 that will introduce some radical new technologies that aim to be disruptive of the current printer divisions in the market. “HP Latex has already started this process by giving sign makers a printer that is incredibly versatile being able to print on papers, vinyl and fabrics,” he says, noting that this trend will continue along with innovative developments to improve workflows.

The HP latex printer is one of the closest products on the market to being a general process printer capable of creating both indoor and outdoor signage, but according to John, “the ultimate aim is to have an array of latex products that are able to fulfil as many projects as possible simply and efficiently.” But this doesn’t just pertain to HP latex - products for print finishing are also poised for improvement.

The Summa F series flatbed cutter has been on the market since 2010, and since then has helped significantly lower the cost of ownership for such a device. Sign makers can expect to see improvements made to it in the forthcoming year that will help speed the process of application. The multi module tool holder will see new tools introduced at Sign and Digital UK, giving users the ability to swap them in and out quicker to increase the speed of jobs. “These sorts of innovations support our overall aim of giving resellers much more versatile solutions for their customers,” says John.