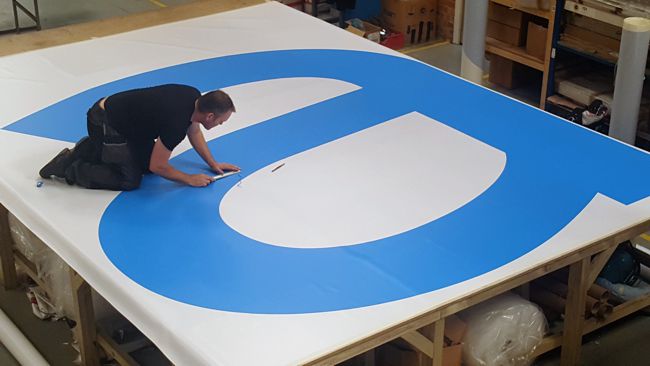 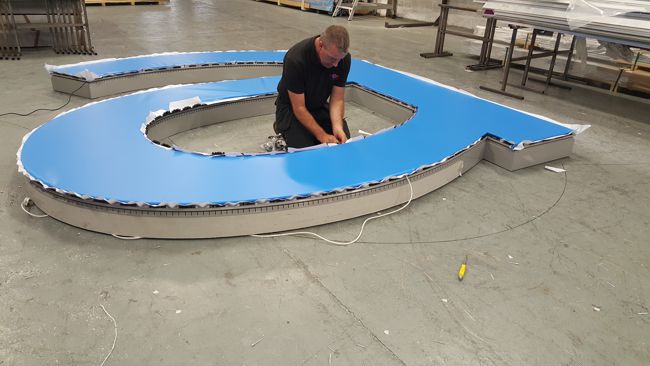 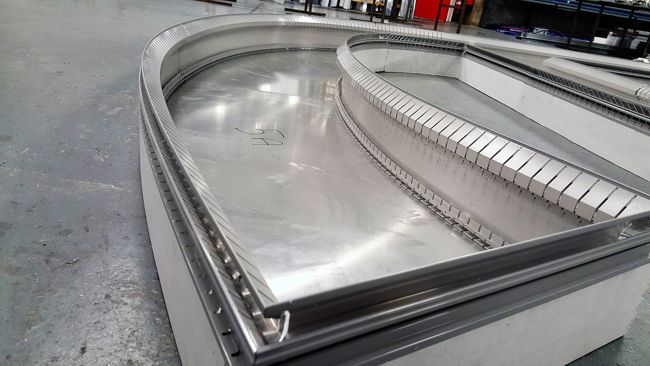 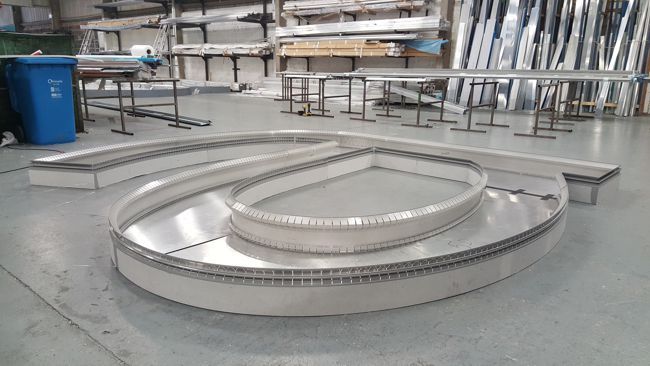 While Brownings has long been a producer of standard shapes such as rectangles, squares and oval shaped objects, over the past 18 months, Richard notes that there has been a marked increase in the interest in flex faced lettering. Along with flex-faced signs, Browings also produce light boxes, fabric framed light boxes and poster units among other similar items.

So just what exactly has prompted the popularity of flex-faced built up lettering to rise?

“I think predominantly it’s as much to do with the introduction for LEDs as it is that (city) planners are probably putting slightly tighter restrictions on the size of boxes,” he says. “The left to right span of 4m high built-up letters may only be 12-15m, but I think the finished price of those letters would be less than one big rectangular sign full of LEDs. Yes the physical letters could look expensive, but you’re only illuminating that letter, not one single large rectangular box. I think that difference in price is pushing some planners to go down that route.”

Brownings are predominantly known for manufacturing flex face, including the Sign- Comp™ Tensioning Systems, the leading system in the world for flex faced boxes. “We do seem to be getting a bit of a name for manufacturing the more strange shapes,” adds Richard. “We do manufacture a number of standard rectangular and square boxes, but you can achieve some weird and wonderful shapes with the Econoflex system.” This system was developed based on customer feedback on the SignComp clip system, and it saves sign makers considerable time by incorporating the tensioning system the box into a single profile.

There are a number of benefits to using flex face lettering. Firstly, it enables sign makers to create one continual image without any breaks, and there’s virtually no limitation on size. Most ultra wide format printers can print the skins for boxes whether they are illuminated or non-illuminated. “They also provide great value for money longevity,” says Richard. “The aluminium itself will last a long time, and the PVC skins have a warrantee of five years - I’ve seen boxes that we produced in the first year I joined 17 years ago that are still going. The powder coating we can offer on some of the boxes is architectural coating, which has got a 25- year warranty on it, but we need to be told beforehand that the box requires it, as it changes the way we manufacture.”

Things to bear in mind when ordering flex face: