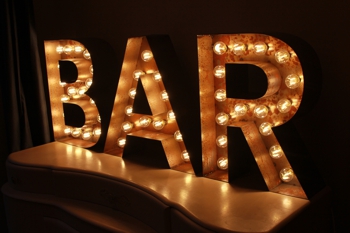 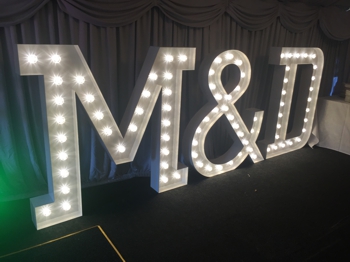 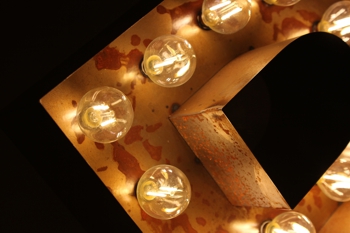 According to Matt Driver, Director of Trade Signs, the art to perfecting built-up letters lies with finding the right combination of skill and technology.

“Technology has moved on dramatically, but is only just starting to appear in the UK over the past year or so,” he says. “However, automation isn’t a replacement. For us, we use a combination of laser technology, letter bending technology, experience and skill.”

There are a number of letter bending machines coming across the channel from Europe, but according to Matt, the machines are not a total substitution for hand-craftsmanship. Trade Signs have two laser blades, one being a 2 ½ Kilowatt, and the other being a 1 ½ Kilowatt. With these, the team can cut thick material required for built up lettering, such as 5mm thick stainless steel. “We can cut just about any material with the right acrylic head and right filtration system,” he adds.

Trade Signs stock and produce signage with one such material, LPFLEX. A material chiefly used for outdoor installations, it can be halo-lit or front-lit, and is available in a number of effects to provide complete versatility when dealing with numerous customer requests.

Matt notes that as the built-up lettering market has been in transition for over the past three to four years, with fairground-inspired lit signs (pictured) emerging as a recent trend.

LED built-up lettering is becoming increasingly popular, but when end-users compromise on price and end up with lower-end lighting, it can be detrimental to the signage. For example, the shelf-life of the bulbs is often less, meaning more call-outs and money spent on repairs, and the lights can lose their colour and degrade into an almost bluish hue. Trade Signs deal with lit signage on a daily basis, spending over £10,000 a month on LEDs alone. Recently, Trade Signs have agreed a partnership with GE through which they will now only offer exclusively GE LED lighting for all signage. “We’re incredibly happy about this new partnership,” says Matt. “We know that we’re dealing with the highest quality bulbs, all of which are supported with a five-year on-site parts warrantee. The expected limit of degradation is somewhere between 25-30% maximum, so the signs retain their luminescence.”

When it comes to selecting the lights for signage then, GE will be the exclusive choice going forward. When it comes to recommending materials for built-up letters however, Matt and the team are always quick to advise clients about the right quality substrate for the installation at hand. “For example, if we receive a request for 5 metre high stainless steel letters, we know they’re going to be too heavy and collapse under their own weight,” he says. “Once a sign goes to a certain size it has to be aluminium.”

Trade Signs are no stranger to large signs, having recently completely a large 3D arrow in Exchange Quay in Manchester. The sign, the biggest they have ever made, weighs around 15 tonnes, measures 9m x 9m, and has resulted in the team being shortlisted for four British Sign Awards.